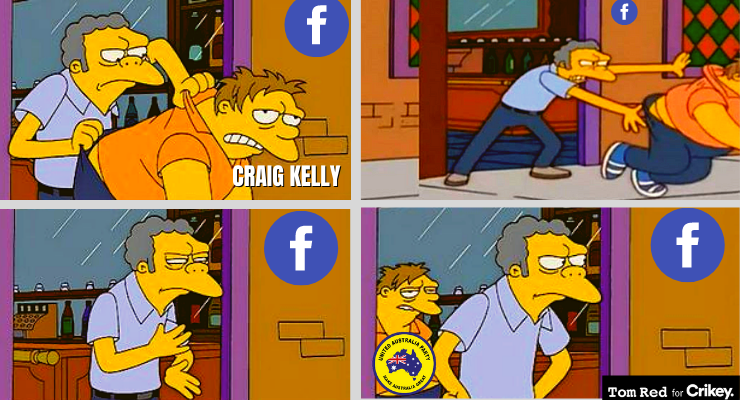 Banned from Facebook? No problem! Some of Australia’s biggest trolls, anti-vaxxers and right-wing provocateurs show just how easy it is to get back on the platform.

Facebook is a company that spends billions of dollars on its security and enforcement. But its ability to keep banned users off the platform leaves a lot to be desired.

The tech giant has been under intense scrutiny for the past few years about the spread of misinformation on its platform. It has tightened the rules, adding fact checks and increasingly removing fake news and lies. These changes have caught up with Australian misinformation super-spreaders like Craig Kelly, Pete Evans and Reignite Democracy Australia, who have been banned from the platform.

But at the same time the platform’s rules leave gaping holes that allow nearly anyone to easily evade a ban. It’s against the company’s rules to let people who have been banned create similar pages, and yet many users have returned in one form or another.

Want to read our guide to getting around a Facebook ban?