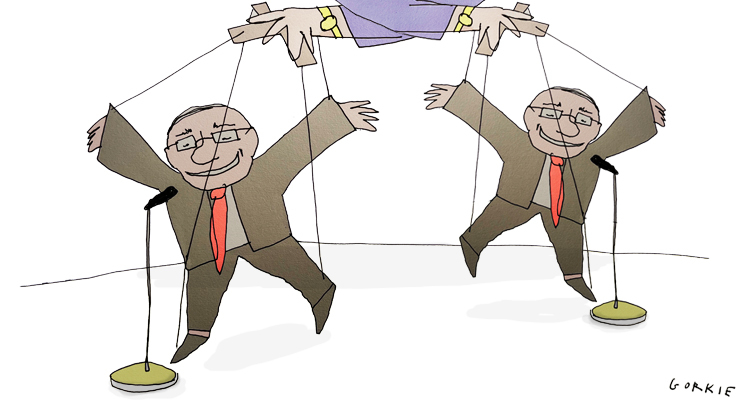 Our broken politics was on full display this week at both the state and federal level — systems of government that encourage politicians to misbehave with our money.

If you didn’t think Australian democracy was dysfunctional before this week (where have you been?) you have no legitimate basis for doubt now.

In Canberra a small rump of climate denialists resisted even a token climate policy unless they were handed billions in porkbarrelling. And the government blocked an inquiry into how a minister could seriously claim it was fine to accept personal gifts worth hundreds of thousands of dollars from anonymous sources.

In Sydney, a former premier described his shock at the failure of his successor to undertake the most basic governance requirements around millions of dollars in grants while occupying the position of state treasurer. In Victoria, the IBAC hearings into the squalid, disgraceful Victorian Labor Party rolled on. There was also the minor matter of two corrupt NSW Labor ministers being sentenced to prison for their crimes in the 2000s.

Read more about the state of Australian democracy…