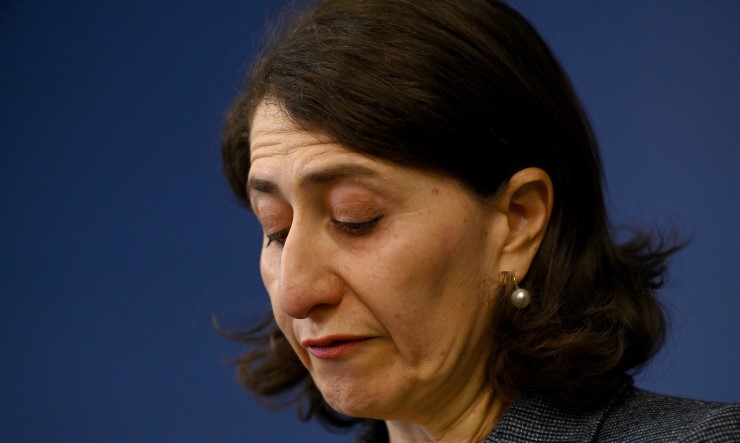 Those who championed Gladys Berejiklian a few short weeks ago are now silent as ICAC hearings drag on.

When Gladys Berejiklian resigned as NSW premier on October 1, the plaudits came thick and fast. She was hailed as a feminist icon, the first popularly-elected woman premier of the country’s largest state. Prime Minister Scott Morrison told journalists that “she has displayed heroic qualities … as the premier of New South Wales”.

Three weeks later, those people who praised Berejiklian are now silent as the NSW Independent Commission Against Corruption (ICAC) investigates whether Berejiklian “breached public trust” or “encouraged corrupt conduct” between 2015 and 2018, during which time she was in a secret “close personal relationship” with former Wagga Wagga MP Daryl Maguire.

Several bureaucrats have told ICAC that they had recommended against granting funding totalling $35.5 million to two projects in Maguire’s electorate, on the grounds of insufficient merit. However, they were overruled by politicians and the money was advanced.