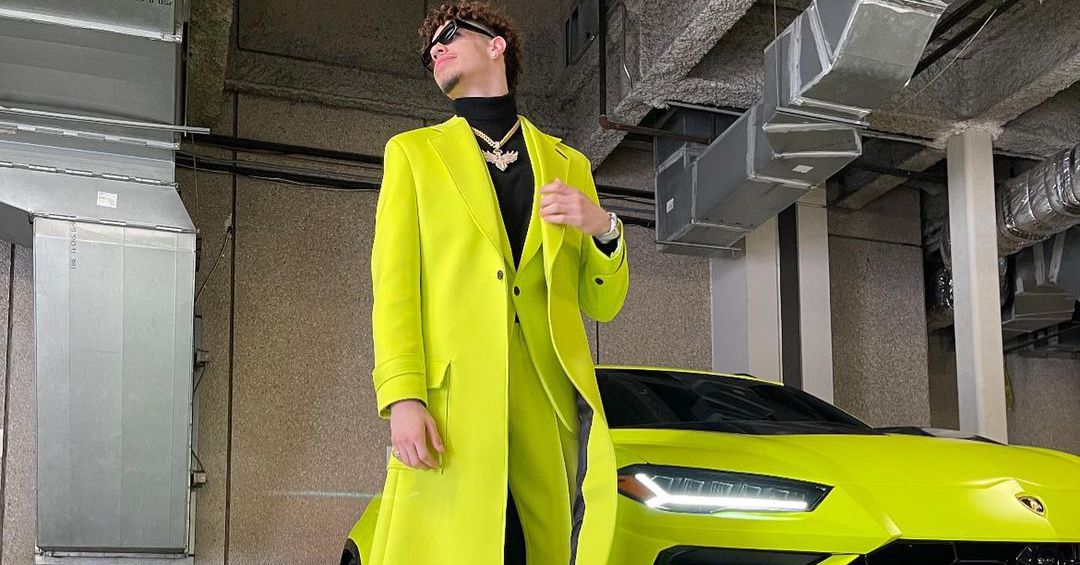 The first game of LaMelo Ball’s second NBA season was more proof that the Charlotte Hornets’ point guard is on his way to becoming a superstar. After winning Rookie of the Year last year, Ball debuted this season with a brilliant game, powering Charlotte’s wild comeback against the Indiana Pacers — which included a 24-0 run in the third — to earn the win, 123-122.

I’d say Ball showed up to his second season looking like he’s ready to submit a series of puzzles with disastrous consequences to Batman. I think the great Dan Devine of The Ringer put it best: “It’s like if Prince played Dick Tracy.” Yes. Absolutely yes.

Yes, LaMelo wore this outfit to the post-game press conference, too.

We’ve been believers in Ball’s future stardom since he entered the draft. Do you think the Warriors are already regretting passing on him with the No. 2 overall pick? No shots at James Wiseman, but oh my, putting Ball with Stephen Curry, Draymond Green, and eventually Klay Thompson would have been fun. This isn’t second guessing — we wanted it at the time!

Ball looked just awesome against the Pacers, adding nine rebounds, seven assists, and two steals in the win as well. You can watch full highlights of his performance here:

We’re told the color of the suit and car is “bitter lemon.” All we know is that LaMelo looks like a superstar in it.