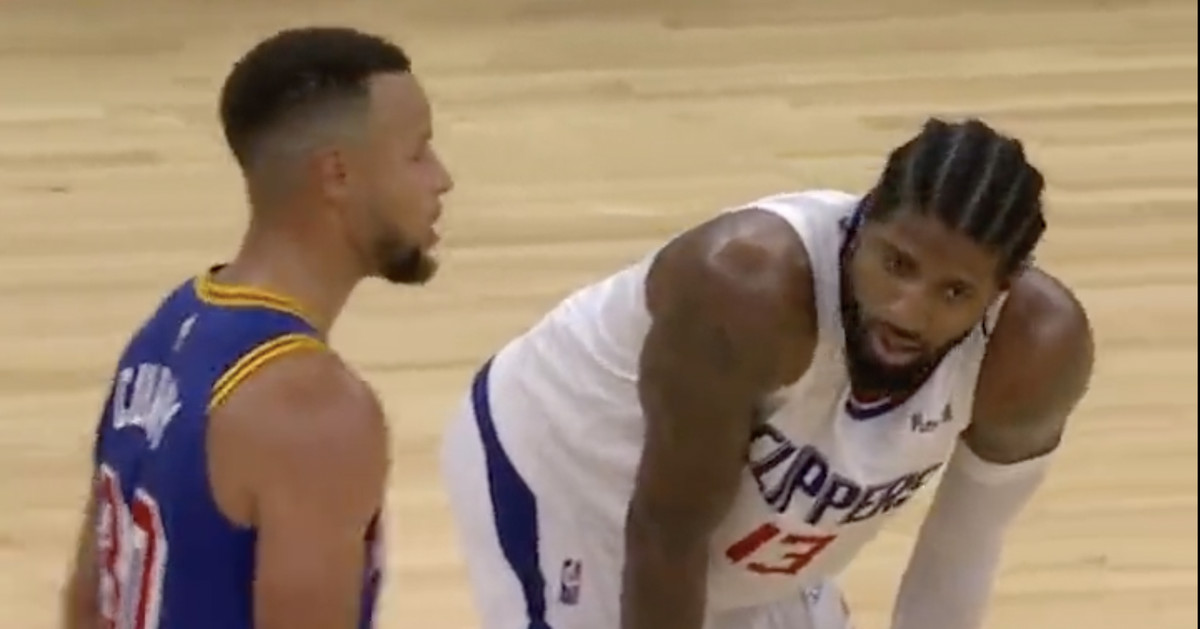 Stephen Curry was having one of those nights in the Golden State Warriors’ second game of the season on Thursday night when they faced the Los Angeles Clippers. All Curry did in the first quarter was pop off for 25 points on 9-for-9 shooting from the field. The last thing an opponent should to do when Curry is having one of those nights is challenge him to be even greater. Unfortunately for the Clippers, that’s exactly what Paul George did.

With George wearing a microphone for the game, TNT caught him challenging Curry to a little mid-game shoot-off.

“Let’s make it interesting,” George told Curry. “I give you one, you give me one. I’m from the logo with it.”

Curry took him up on the offer with with the Warriors trailing by two points with under two minutes left. Curry sized up George from about 35 feet away, and nailed a go-ahead three-pointer. After another Curry dagger three a minute later, the Warriors had won the game, 115-113, behind Curry’s 45 points.

There’s no better show in the NBA than a red hot Curry, and he was at his best against the Clippers. Curry’s last two buckets will get all of the attention, but he was incredible throughout the game.

It’s worth noting that George was pretty great himself throughout the night himself. Without injured teammate Kawhi Leonard, George finished with 29 points, 11 rebounds, and six assists to help the Clippers keep pace with the Warriors all night. He just couldn’t keep up with Steph.

He even hit a late three to make it a one-point game. But the Warriors fouled up three after two free throws, and the game was over:

Go to our Warriors community, Golden State of Mind, for continued discussion about Curry’s awesome night.

For the Clippers’ sake, let’s hope George learned a valuable lesson: never challenge Steph to a shootout. It won’t end well for you.