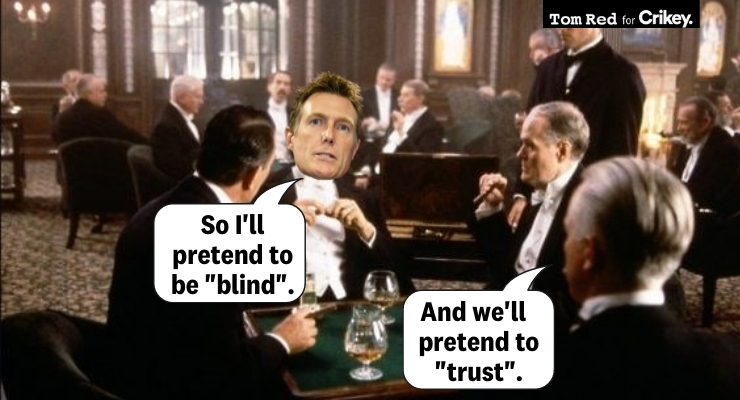 If parliamentarians refuse to govern themselves, Parliament becomes a place where literally anything goes.

The noise around the Morrison government’s move to prevent Christian Porter’s blind trust being referred to the House of Representatives Privileges Committee is very loud, mostly because the politics of Porter’s actions and position have become a lightning rod for the government, opposition and media. All roads, it seems, tend to lead to Porter.

That obscures the real significance of what has happened. Geoffrey Watson SC, one of the nation’s most respected voices on public integrity with a fiercely apolitical reputation and record, said this:

“The last two years I’ve sat on the sidelines and I’ve watched this same government, they’ve trashed transparency, they’ve trashed integrity, and now they’re in the process of trashing parliamentary procedure. Enough is enough. Something’s gone wrong with this government; I’d say that it’s time for this government to go. This is a very black day.”