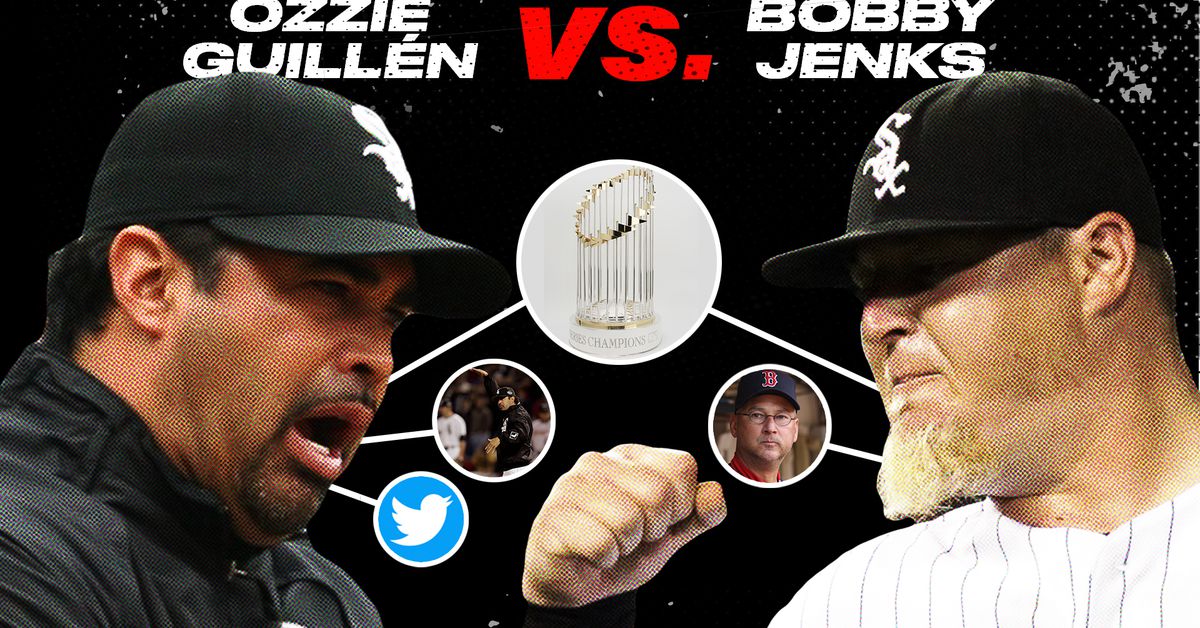 Nobody could have predicted Bobby Jenks and Ozzie Guillén would beef.

Bobby Jenks would not have a career if it weren’t for the White Sox. A minor league pitcher with a triple digit fastball, his trouble with alcohol made him unmanageable and he was on his way out of pro baseball. Until the White Sox decided to take a chance on him.

So it’s a little strange that he’d beef with the White Sox manager who gave him a second chance. Yes, okay, Ozzie Guillén is an outspoken guy who isn’t afraid to ruffle feathers, but Guillén had reason to like Bobby! They won the World Series in their first year together! And Bobby saved Games 1 and 4! What’s to beef about?!

Well, here’s the thing — when your relationship starts on such a high note, it can be hard to maintain the magic. As Bobby’s velocity declined, Guillén had less of a reason to like him. Jenks eventually lost the closer spot and the White Sox non-tendered his contract in 2010. Jenks was bitter and made some negative comments about Guillén in the press.

At that point, Guillén’s adult son mercilessly attacked Bobby in a Twitter outburst, accusing him of having drinking and marital problems, calling him a piece of shit, a coward, and a “yellow beard dipping idiot.”

And of course Ozzie Guillén was perfectly capable of defending himself, which he did. That’s where the threat of throat ripping comes up.