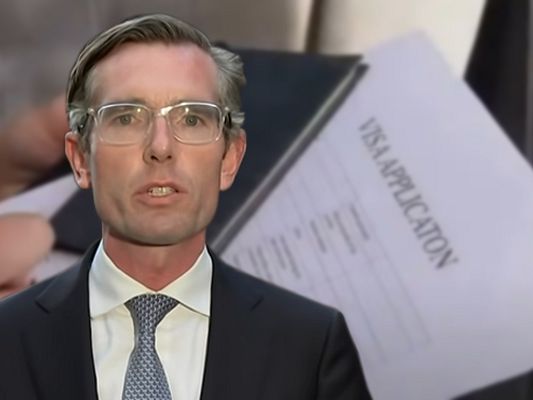 The Government is contemplating a substantial increase in immigration, boosting the Pacific Australian Labour Mobility Scheme and introducing the new Agriculture Visa, so it’s worth reflecting on where things are at with Australia’s biggest ever labour trafficking scam.

The scam started in 2015-16 with a surge in farmworkers from Malaysia brought to Australia on visitor visas and then assisted to apply for asylum in order to access work rights (see Chart 1). The scam quickly extended to visitors from China applying for asylum. It now covers a much larger range of source countries.

The closure of international borders has reduced the primary level asylum application rate from between 2,000 and 2,500 per month to a little under 1,000 per month.

The total caseload at the primary level at end September 2021 was 30,174, down from a peak of 39,424 in February 2020 (the month before international borders closed). The backlog has steadily shifted to the Administrative Appeals Tribunal (AAT) where it had reached a record 34,022 by end September 2021 and the number refused at the AAT but not departed was also a record 28,400 (see Chart 3). The total number of asylum seekers in the country is now 92,596.

The Department of Home Affairs has largely abandoned any thought of locating and removing asylum seekers who have been refused at the AAT. The difficulties and cost of doing so are staggeringly high and would lead to severe objections from the various farm lobbies given the reliance farmers now have on asylum seekers for farm labour.

The farm lobby briefly pressed the Government for an amnesty for these workers but that was rejected. By now, farmers would know they can employ (or exploit) refused asylum seekers without work rights with no fear of being caught or prosecuted.

Not surprisingly, the bulk of the asylum cases at the AAT are from Malaysia and China (see Chart 4). At this stage, there is no indication the AAT will get on top of this caseload any time soon. The cost of doing so would be significant and there is no pressure on the Government to fund the AAT to address the backlog.

As Australia opens up to international travel in the next few months, two major questions arise:

Inevitably, the asylum seekers will be at the bottom of the pecking order and will have to accept the lowest paying and most disliked jobs. But they will also drag down the wages and conditions of the Pacific Island and Agriculture Visa workers.

It will indeed be a race to the bottom as is the case in so many other nations that have a mix of low skill guest workers and asylum seekers.