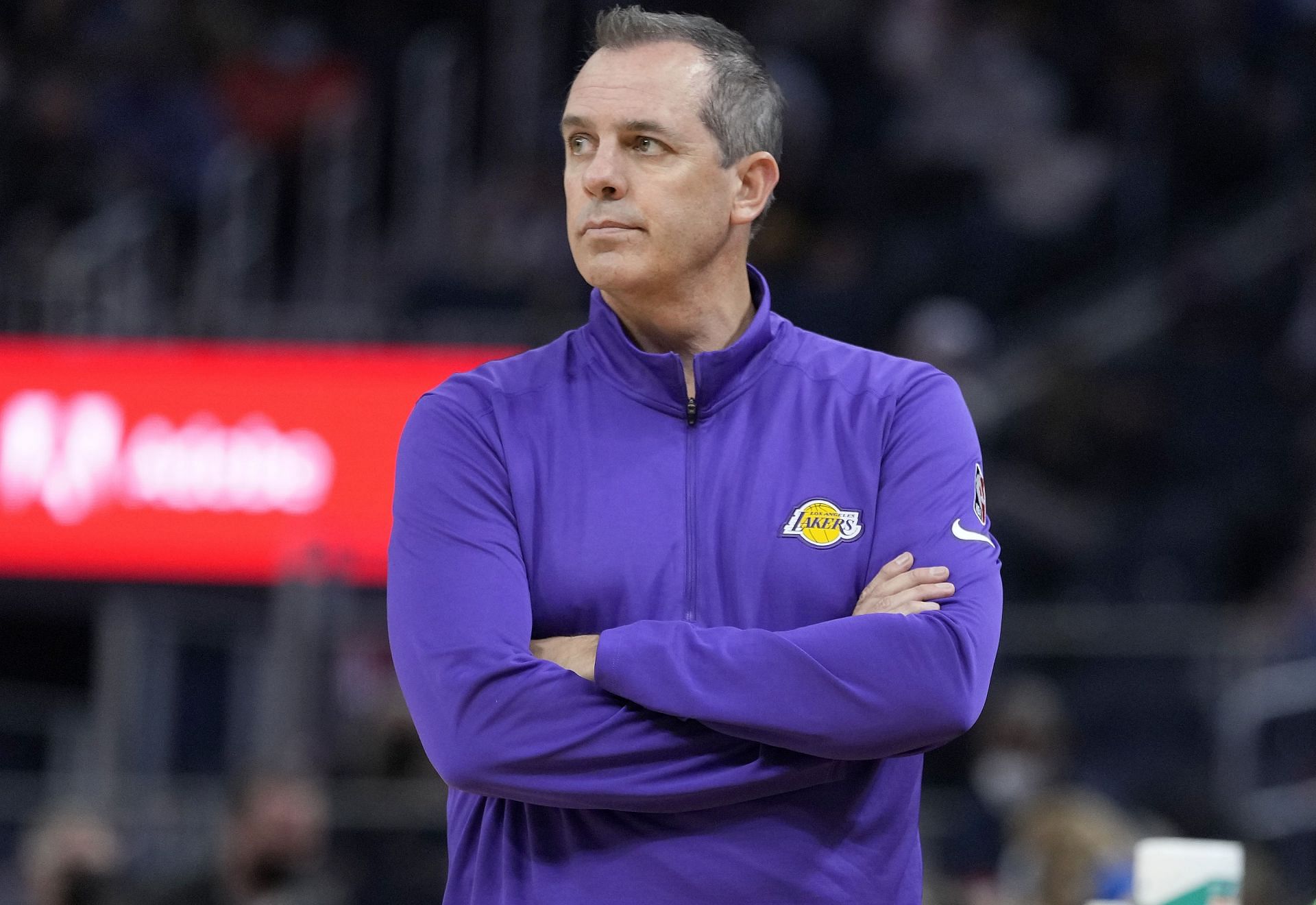 The LA Lakers have sparked a minor crisis after going winless in their opening two games of the 2021-22 NBA season. Their latest defeat came in a match against the Phoenix Suns at Staples Center on Friday night. The Lakers lost by double digits in a 105-115 win for the Suns.

The game was marred by technical fouls called on Frank Vogel, Kent Bazemore, Anthony Davis and Deandre Ayton. A fan also took a swipe at Rajon Rondo and had to be escorted out of the arena. However, the biggest uproar was caused by a dust-up between Davis and fellow LA Lakers teammate Dwight Howard.

Following a time-out late in the second period, the two frontcourt players had a disagreement, which led to a little bit of shoving and pushing between them. Davis and Howard were eventually separated by teammates.

Speaking about the altercation after the loss, LA Lakers head coach Frank Vogel put a positive spin on the incident. He said:

“When you’re getting you’re a** kicked, sometimes those conversations gets heated. Those guys love each other. They talked it out and that’s going to happen from time to time. I’d rather our guys care, than not care.”

“When you’re getting your ass kicked, sometimes those conversations get heated…I’d rather our guys care than not care.” Frank Vogel discusses Dwight & AD’s incident and the new-look #Lakers being in a learning period two games into the season.

“When you’re getting your ass kicked, sometimes those conversations get heated…I’d rather our guys care than not care.” Frank Vogel discusses Dwight & AD’s incident and the new-look #Lakers being in a learning period two games into the season. https://t.co/OUmHRCq72H

Even Howard, who was asked about the clash with Davis post-game, specifically stated that the two LA Lakers players had settled it then and there. He said:

“We just had a disagreement about something that was on the floor. We both very passionate about winning. We didn’t want to lose this game.”

In their opening night loss (114-121) against the Golden State Warriors, the LA Lakers were outscored 34-46 in the paint. That disadvantage turned into an even bigger deficit on Friday, as the Suns decimated the Lakers 52-26 in the restricted area.

When asked about their two opponents dominating them in the paint, Vogel said:

“Yeah, we’re a step slow on our coverages. We’re working to get our guys up to speed. But we’re not there yet. I’m disappointed in that. We’ll be better. Offensively, we are learning about our team and what it’s going to take and what it’s going to require for us to be the necessary basket-attacking team that I think we can be.”

“Each game that we play I learn a little bit more. But we’ve got to finish at the rim. Usually, you when you get hit going to the basket, the whistle blows. It didn’t tonight on a lot of those situations. We missed, I think, over 12 layups. So, we got to finish better and there are some things we can do to correct that and become a better paint-attacking team.”