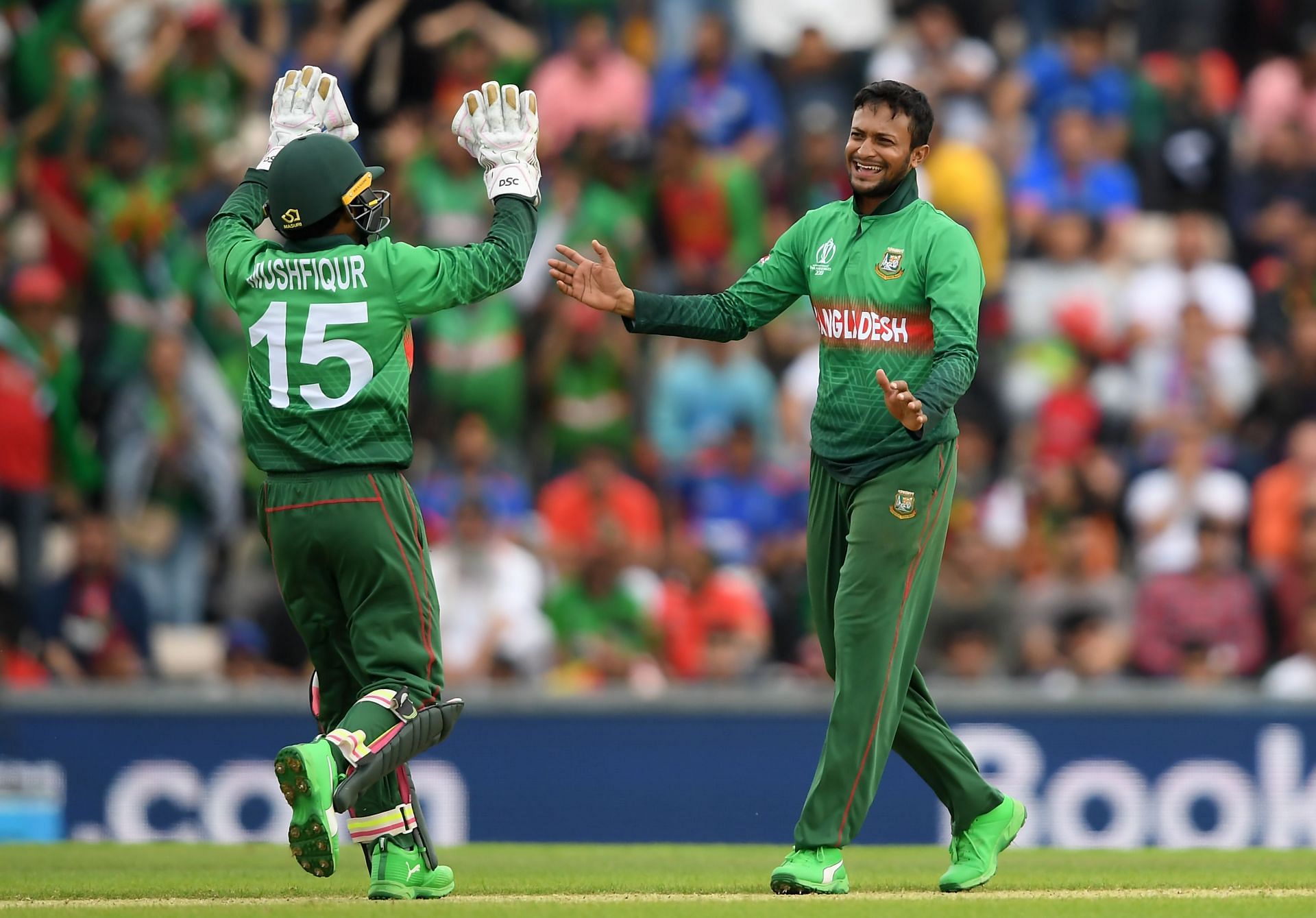 The left-arm spinner dismissed the well-set Pathum Nissanka and Avishka Fernando in his spell’s second over to take his tally to 41 wickets. He thereby became the most successful bowler in the mega event’s history.

Shakib rattled the stumps of both batters and gave Bangladesh some much-needed momentum against Sri Lanka. The all-rounder still has two overs left in his spell today. It will be interesting to see if he can pick up more wickets.

Shakib Al Hasan is also the leading wicket-taker in the ongoing ICC T20 World Cup tournament. He has scalped 11 wickets in four matches so far. The left-arm spinner took nine wickets for Bangladesh during Round 1 of the tournament. He has also done well in the batting department.

Bangladesh received an invitation to bat first today in Sharjah from Sri Lankan skipper Dasun Shanaka. Half-centuries from Naim Sheikh and Mushfiqur Rahim guided the Bangladeshi side to a fantastic score of 171/4 in 20 overs.

Although Shakib Al Hasan could not score big, he has contributed his bit to the team by taking two wickets in one over. Sri Lanka are 85/4 after 11 overs. The islanders lost the wicket of the in-form Wanindu Hasaranga shortly after Shakib’s double strike.

Sri Lanka require 87 runs off the last nine overs to win their first Super 12 match. You can follow the live scorecard for this match right here.