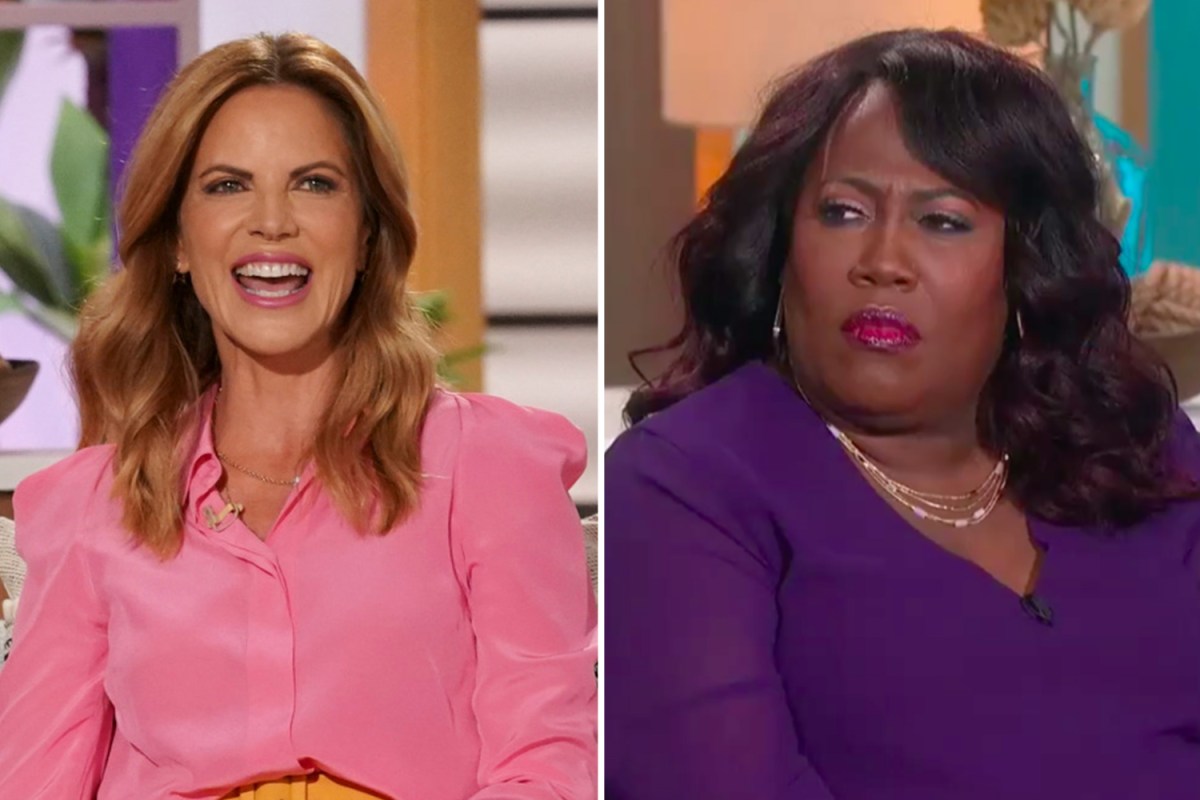 AFTER years of change, on-set strife, and flailing ratings, The Talk has a new host and fans are loving what she’s bringing to the table.

Natalie Morales was announced as a permanent co-host on the show earlier this month, taking the reins from Sheryl Underwood.

Although she’s only been a member of the daytime TV show’s permanent panel for a short time, fans can’t stop raving about the change.

A glimpse at the show’s Facebook page shows rave reviews for the new co-host, who’s being hailed as a breath of fresh air for the long-running TV show.

One commenter wrote: “So glad Sheryl has taken a backseat and Natalie is running the show! I did not like what happened with Sharon and I did not like when Sheryl kind of took over! Show was awful after Sharon and other hosts exit Now with the mix of people you have on the show is almost back to normal.”

“I am so happy that Natalie is on the show. She brings so much finesse, organization and character back to the show,” another fan wrote.

A third comment read: “Natalie is a perfect addition. Sheryl brings so little to The Talk so why keep her on?”

“This show was getting hard to watch!” another commenter wrote on Facebook. “Natalie wow you are amazing! Amanda glad you stayed and bringing on the men have made this show work. It was getting stale and needed some young blood.

“Just one more to swap out to bring the whole great new era!”

Although each of the commenters on The Talk’s Facebook page had an opinion of their own about the show and its future, there appeared to be a consensus about Sheryl: she’s got to go.

One fan wrote: “If they truly want to revamp this show, they need to replace Sheryl.”

“Sheryl needs to go…she will drag this show down as long as CBS leaves her on it…,” another comment read.

Ratings reflect a lot of what commenters are saying. While viewership was down before Natalie’s arrival, they have begun a steady rise.

The increase in ratings comes in spite of alleged tension on the set among the new co-host and the controversial former lead co-host.

Soap Opera Network reported that during the week of October 11, approximately 1,459,000 viewers tuned in to The Talk. That’s the highest numbers the show has had in weeks.

As previously reported by The Sun, an insider said Sheryl was “blindsided” by Natalie joining the show after the exits of Sharon Osbourne, Carrie Ann Inaba and Elaine Welteroth.

The source said Sheryl “felt she should have been consulted and kept in the loop out of respect for her seniority with the show.”

They continued: “There is so much hoopla surrounding Natalie and so much publicity and airtime devoted to her joining the show.

“Amanda has Dancing With the Stars and is getting lots of attention so that makes Sheryl feel like she’s not getting the eyeballs that she wants.

“Sheryl feels she isn’t getting credit for being the glue that holds the show together.”

Sheryl has had her share of drama on the show.

In March, Sharon, 69, left after an on-air fight with Sheryl after she decided to take Piers Morgan’s side in a feud with Meghan Markle.

Sharon discussed the fight once more during an appearance on The Megyn Kelly Show in SiriusXM. She revealed that Sheryl was sent to anger management three different times for “mistreating producers” on the show.

She claimed: “Sheryl has three complaints about her from different producers about the way she treated them.

“The called me and I said, ‘You cannot get rid of Sheryl. There is no way. She can’t take that. You just can’t do it.’

“So they sent her to anger management. So, it’s alright to treat producers that way, but I can’t say anything to a co-host.”

Sheryl also had feuds with other co-stars, including Carrie Ann.

For now, The Talk is being hosted by Natalie, Sheryl, Amanda Kloot, Jerry O’Connell and Akbar Gbaja-Biamila.