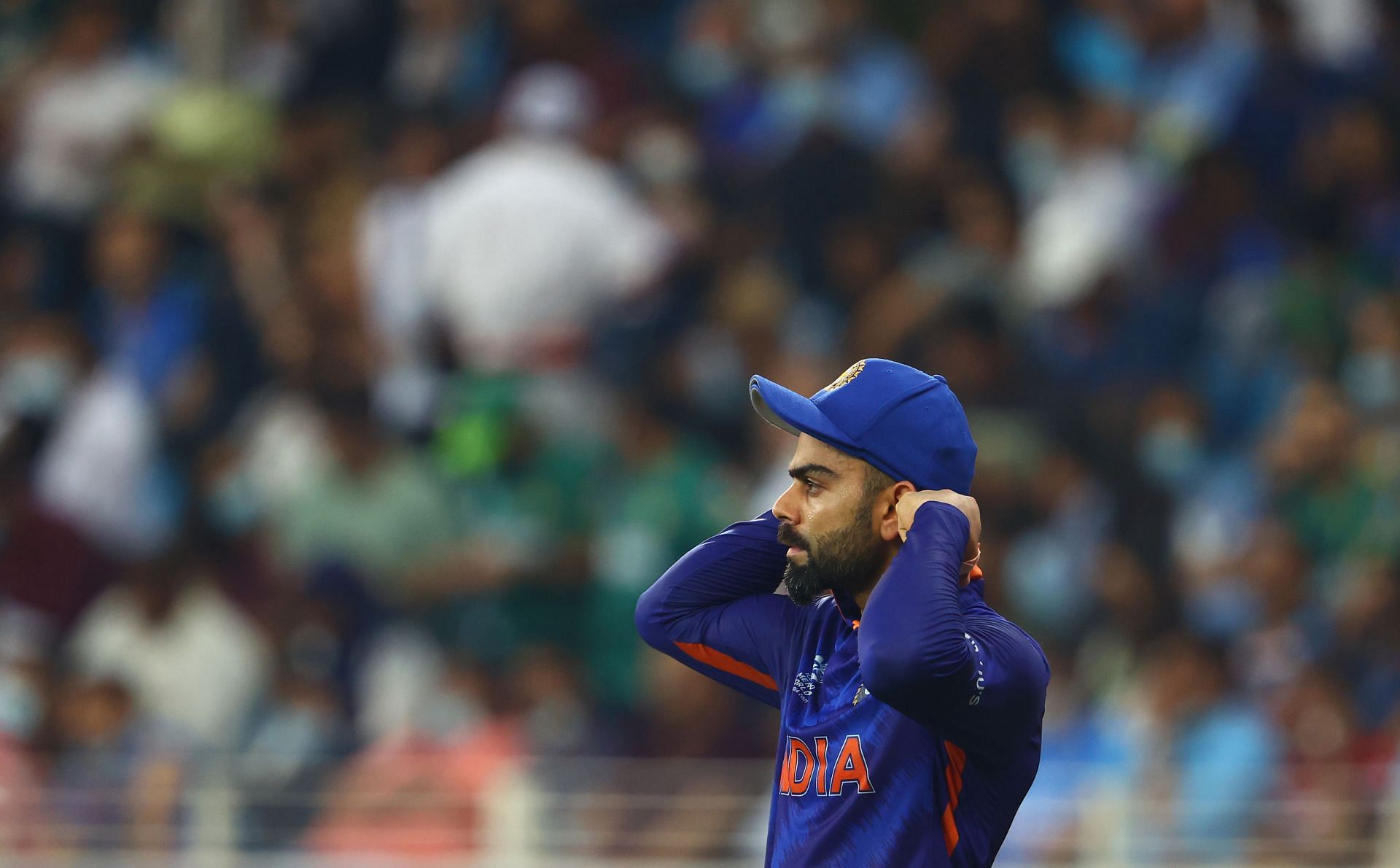 Team India skipper Virat Kohli rejected suggestions that the team went into Sunday’s T20 World Cup 2021 clash against Pakistan on an overconfident note. Kohli stated that the players gave it their all but the opposition were just too good on the day.

Pakistan walloped India by 10 wickets in Dubai to end their losing streak against their arch-rivals in World Cup matches. Set to chase 152, Pakistan got home in 17.5 overs with openers Mohammad Rizwan and captain Babar Azam cracking unbeaten half-centuries.

“You don’t go out there to take anything lightly, especially a team like Pakistan who, on their day, can beat anyone in the world. This is a game that has to be respected and we are a team that definitely does that. We do not think that winning one game is the end of the world and no other team should think that. This is a very big game.”

Kohli went on to add:

“Cricket is beyond and above anyone else and any individual. We definitely respect the game. We never take any opposition lightly, nor do we differentiate between oppositions. That’s how we play our cricket. On the day, if we haven’t played good (cricket), we accept it, and we give credit to the opposition as well.”

“He did bowl pretty well. He hit the right areas to pick up wickets. In T20 cricket, you need good execution to take wickets with the new ball and he certainly did that. Credit to him, he put out batsmen under pressure immediately with the new ball. He ran in with intensity and bowled in consistent areas. As batsmen, we were forced to be a bit watchful. That spell, kind of, put up on the back foot immediately. From there on, to get those extra 20-25 runs, seemed pretty difficult after we lost three wickets early.”

Afridi ended up with figures of 3 for 31 after returning to dismiss Kohli for 57. India posted 151 for 7 but it was nowhere near enough.

“I wouldn’t say that it became very difficult but if the pitch becomes a little better to bat on and you get off to a start, then you start feeling more confident about your chase. The moment you came in towards the second half of the Pakistan innings, they were able to rotate the strike. We were not even able to get dot balls in because the wicket was obviously providing a bit more pace for the batsmen to work with. The slower balls were not holding up as much.”

Kohli concluded his observations by adding:

“Yes, the toss is definitely going to be a factor in this tournament, especially if the dew keeps creeping in during the latter half of the game. You need those extra runs in the first half.”

India’s bowlers failed to make any kind of impact in the match as Rizwan (79*) and Azam (68*) took Pakistan home with ease.