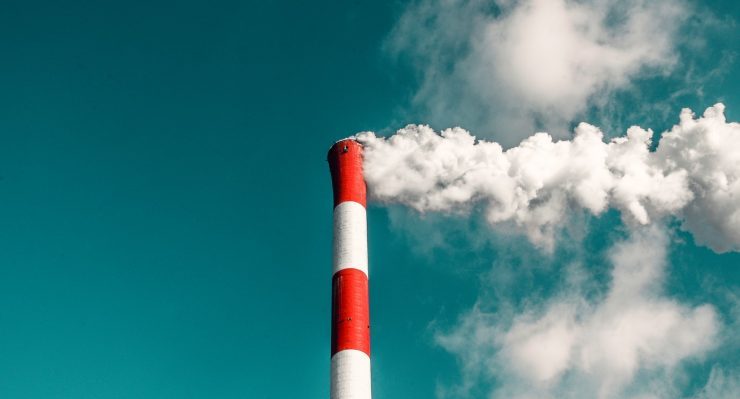 Greenhouse gas emissions hit a record high last year, according to the UN, and if things contunue at this rate, global warming will surge far past 1.5C, causing certain climate catastrophes. Carbon dioxide levels are now 50% higher since 1750 and methane levels have doubled, Guardian Australia says. ABC reports that the UN’s Petteri Taalas described efforts as “way off track” and urged a “dramatic increase” in climate commitments at the upcoming Glasgow summit.

UK Prime Minister Boris Johnson, who has committed to reducing emissions by 78% in the next 13 years, said Glasgow’s climate talks could fail in what he called a “touch and go” situation. But he praised Prime Minister Scott Morrison’s net zero by 2050 commitment as “heroic”, the SMH reports, continuing that our reliance on coal made that tricky. The paper says Morrison could release his long-awaited climate plan today — reportedly in the plan, AFR says, is a cash injection for regional infrastructure, tax breaks for carbon farming, and an extra cabinet spot — all goodies the Nats scored for net zero.

Meanwhile leaked UN documents seen by the BBC revealed Australia is among several countries asking the UN to play down the urgent call to move away from fossil fuels fast. The broadcaster says the Australian government asked the IPCC scientists to remove a section of their landmark report that explained how fossil fuel lobbyists weaken climate action here and in the US.

A LAW IN THE SYSTEM

Victorian Premier Dan Andrews could get sweeping new powers “to declare pandemics and have public health orders enforced for three months at a time, under proposed new laws,” the ABC reports. The bill, tabled today, would replace the controversial state of emergency powers. It would also see Victoria’s chief health officer (CHO) Brett Sutton stripped of the power to create public health orders (rules like which venues can open, or places a mask is required) — that power will go to the state’s health minister instead, with an independent committee of human rights experts and public health workers looking at it too. They’ll have to be satisfied new rules don’t impinge on Victorians’ human rights as per the state’s charter.

Opposition Leader Matthew Guy opposes the bill — he tweeted that Andrews will get too much power and called it a “massive threat to an Australian democracy”. Indeed part of the bill does read that pandemic orders can apply to “classes of person” who can be identified by their “characteristics, attributes or circumstances”. But Victorian Greens leader Samantha Ratnam is backing the bill, saying it’ll also stop police from accessing people’s QR check-in data for non-health reasons, as The Age delves into. It comes after police in WA and Queensland both managed to scrutinise citizens’ data — Victorian police tried to do the same three times in June but weren’t allowed, news.com.ausays.

Overseas, in an extraordinary turn of events, Sudan’s government has fallen to the military, as the SMH reports. Prime Minister Abdalla Hamdok has been arrested in the coup, causing thousands of pro-democracy protesters to pour onto the streets of Khartoum. Security forces reportedly opened fire on the crowds — three people were killed, Reuters reports.

It’s a blow to a country desperately trying to cling to democracy after decades of dictatorship — basically military and civilian groups have been temporarily sharing power since autocrat Omar al-Bashir was toppled in 2019, as Guardian Australia reports. But infighting between the two groups is thought to have led to the military takeover — even though the two groups were supposed to hand the leadership to an elected civilian in July 2023, as BBC reports. The coup’s leader says they still will — but that seems in doubt. A senior official from the prime minister’s office told the broadcaster the risk of a civil war in Sudan was now “extremely high”.

ABC’s Australian Story is celebrating 25 years on our screens, recounting incredibly moving stories from around this big sunburnt country. But the team say there is one story that audiences “loved more than any other” — and that’s the tale of The Shanns. Rural couple, Gayle and Mac met at a campdraft, and the besotted pair married soon after, starting a hardworking life on the land together.

But tragedy struck one morning in 2002 when Gayle was building a garden fence — an accident left her without a right arm and a very damaged left one. The full use of her only remaining hand never returned. Almost 20 years later, Mac says he is still blown away by his wife’s strength and determination each day. Gayle even learned how to do the financials and drive the tractor with her feet — for the things she can’t manage, like brushing her teeth or applying her makeup, her devoted Mac lovingly tends to her every need. Gayle says she’s never once been made to feel like a burden — she says Mac makes her feel that her body is normal, and that’s made their life together normal — and very happy. “We are still madly in love,” Mac says. “Having beautiful green waving grass around us, beautiful fat, happy calves, cows, horses and foals, this is where we are now. I wouldn’t change a thing.”

Hope you feel the love on this lovely Tuesday, too.

I would say he was a pain in the arse … someone that really didn’t let go … [a] dog with a bone.

The former 2IC of NSW pulled no punches when asked if disgraced former Wagga MP Daryl Maguire was “vociferous” when barracking for a project. Barilaro made the comments while being scrutinised by the state corruption watchdog, who are delving into former premier Gladys Berejiklian’s dealings with her ex, Maguire. Barilaro says he only found out about the relationship last year and would have handled a prospective $5.5 million shooting grant differently had he known.

Death in Geraldton: how Joyce Clarke became another Indigenous statistic

“On September 7, 2019 Joyce Clarke was shot by police as she walked down a suburban street in Geraldton. She was carrying a large bread knife in one hand and small pink scissors in the other. Hours earlier, she told her family she was going to die.

“At 6.30pm that night, her prediction came true. It took the police officer charged with her murder 16 seconds to arrive at the scene and fire the shot that ended her 29-year life. Last Friday, the officer was found not guilty of murder.”

Why 2030 is a bridge too near for climate culprit politicians

“What might result by 2050, however, is something different. The level of voter outrage at the venal irresponsibility of the current generation of political and corporate leaders, who continued to drive fossil fuels long past the point where it was clear what damage would result, might become so great that those who remain of that generation are hauled from their luxurious homes and held to account.

“The climate trials of the 2050s — held amid acrid bushfire smoke on a 50 degree day in Sydney or Melbourne — might provide at least some justice, if little comfort to our children and grandchildren whom we’ve betrayed.”

Millions of people are quitting their jobs. But will Australia miss out on ‘The Great Resignation’?

“Think you deserve better than your current job? You’re not alone. A record number of American workers — 4.3 million in August — are leaving their jobs in what has been dubbed ‘The Great Resignation’.

“Australian employers are nervous that the trend could spread across the Pacific, as it has to other developed nations. There is growing evidence that an increasing number of workers are fed up and looking for new opportunities. Microsoft, PwC and HR experts estimate two in five Aussies feel this way, while other researchers suggest it could up to three in five.”

Facebook has known it has a human trafficking problem for years. (CNN)

Yes, there has been progress on climate. No, it’s not nearly enough. (The New York Times)

‘The most difficult journey of my life’: an Afghan family’s escape to the UK (The Guardian)

Does Taiwan’s military stand a chance against China? Few think so. (The Wall Street Journal)

A net-zero target means net-zero development — Matt Canavan (The Australian) ($): “Net zero emissions can only be achieved in one of two ways. Either the government taxes, punishes or just simply bans people from doing high-carbon-emitting things, or people just start reducing their carbon footprint without any compulsion. If it is the latter, why does the government need to do anything? If it is more likely the former, as night follows day, net zero emissions will mean more red tape and more taxes.

“How has the party of small government signed up to support big government? The best answer you get is that it is better for us to be in control of the move towards more and more intrusion into people’s lives. These people are Fabian greenies; they have surrendered to the idea socialism is inevitable but it will be better if we move towards it slowly. Is the point of the Liberal and National parties to deliver Labor and Greens policies but just at a slower pace?”

Now we’ve opened up, let’s never go back to Fortress Australia — Tim Soutphommasane and Marc Stears (The Age): “Yes, many Australians have understandably accepted such measures in the name of safety. But they have come at a cost. Government power has grown, without any increase in accountability. Everyday liberties have been devalued. Fellow Australians abroad have been left stranded, prevented from exercising their fundamental right as citizens to return home. Children have been deprived months of schooling; families have been unable to see each other even while living in the same cities.

“During the past 18 months, we have lost something within our national culture. Australia, we like to believe, is an open, multicultural country. As a people, we are optimistic, generous, outward-looking. When our national borders were indefinitely closed, we reverted to an old protectionist mindset. Fear and suspicion seeped into the national psyche. We grew parochial, examining the minutiae of developments here, rather than paying close enough attention to what was happening elsewhere. We began believing we could live apart from the world.”