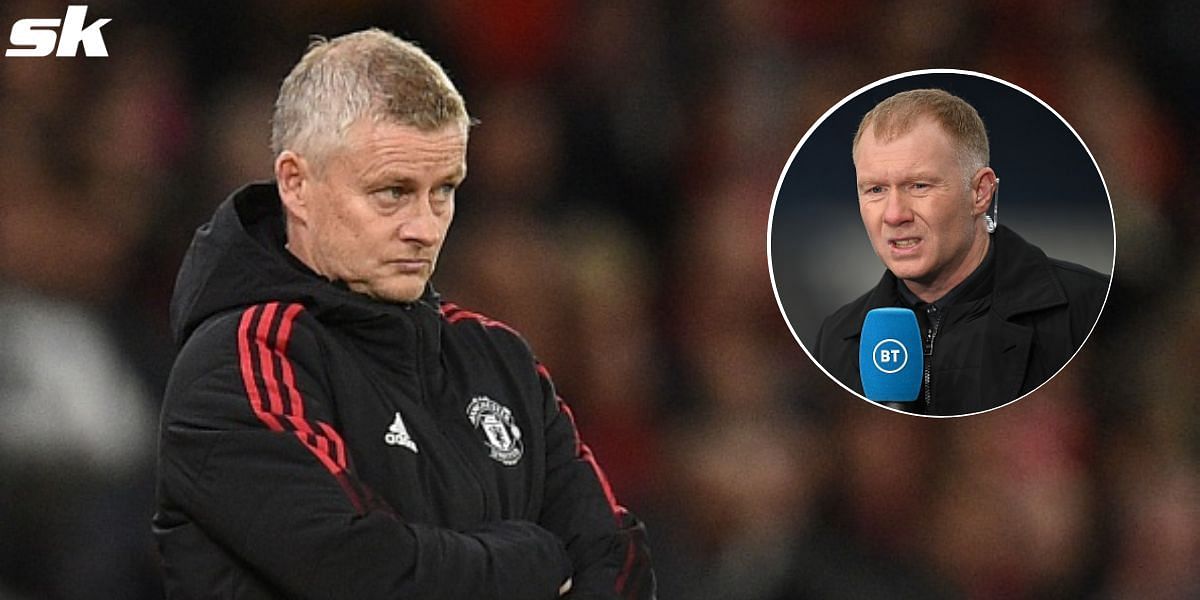 Former Manchester United midfielder Paul Scholes has revealed how difficult it will be for Ole Gunnar Solskjaer to recover from the harrowing defeat against Liverpool.

“It’s going to be very difficult [for Solskjaer] to come back from it, you really don’t know. You do have to question tactics, today of all days, we keep going back to it, playing those two in midfield [Fred and Scott McTominay] virtually on their own. It was almost two against five players at times. It’s impossible for any midfielder.”

Scholes also revealed how some of the Manchester United players have never won anything. But they have been applauded for their talent, which has come under scrutiny after performances like the one against Liverpool the other night.

The Red Devils were 0-2 down within the first 15 minutes of the game. Naby Ketia and Diogo Jota’s goals were shadowed by Mo Salah‘s hat-trick. Liverpool absolutely thrashed Manchester United and scored five goals past their back-line.

😔 As bad as defeat? “Sympathy” from Jurgen Klopp

😔 As bad as defeat? “Sympathy” from Jurgen Klopp https://t.co/UCqInnbal8

This has put Ole Gunnar Solskjaer’s tactics and position at Old Trafford on a sticky wicket. Fans and pundits are of the view that Manchester United need a better manager to compete with the likes of Pep Guardiola, Jurgen Klopp and Thomas Tuchel.

🗣️ “I think I’m trying always to give my best for the team to win which is the most important thing”Hear from Mo Salah after he scored a hat-trick in #LFC‘s 5-0 win at Old Trafford 👇https://t.co/7GbCJYaxNg

Greenwood ran out of position to chase down Virgil van Dijk, forcing Manchester United’s defense to change shape. This made it easier for Salah, Robertson and Ketia to move into better scoring positions.

“The two midfielders playing on their own. If you do that against City or Liverpool, halftime you’ll be 3-0 or 4-0 down.””Go and do that on Sunday against Liverpool, see what happens.”Paul Scholes had the 🔮 out on Wednesday night after Man United beat Atalanta…

“The two midfielders playing on their own. If you do that against City or Liverpool, halftime you’ll be 3-0 or 4-0 down.””Go and do that on Sunday against Liverpool, see what happens.”Paul Scholes had the 🔮 out on Wednesday night after Man United beat Atalanta… https://t.co/By0Hl4ryRS

Here’s what Scholes said on the subject:

“It’s almost a cheating way of sprinting to him, they pass it and then he has a little walk back because he thought, ‘I’ve done my bit’. But he hasn’t done his bit, he’s ruined the whole team, all the team get pulled out of position, [Aaron] Wan-Bissaka has to come out, [Victor] Lindelof ends up at right-back, then there’s all of the space in the middle.”

Manchester United have now failed to win their last four Premier League games. Furthermore, they have failed to keep a clean sheet in just one of their last 21 games.

After the Red Devils lost to Liverpool the other night, they are now seven points behind their rivals and as many as eight off current Premier League leaders Chelsea.

It’s safe to say that a move up the Premier League table will be an uphill task for Manchester United.