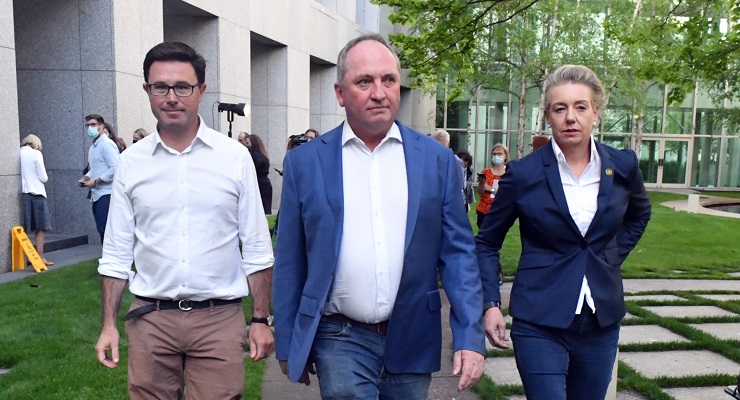 Don’t be fooled: the Nationals haven’t given up fighting tooth and nail to support the fossil fuel industry.

At last, Scott Morrison got his deal. Three days before the prime minister is set to leave for Glasgow, after the fourth meeting of the Nationals party room in a week, his deputy Barnaby Joyce confirmed the junior Coalition partner would support “a process going forward that would go towards the 2050 emissions target” of net zero.

Even Joyce’s confirmation of the Coalition’s shift was cautious and grudging, the coda to a week of very public hand-wringing over the deal, which in turn came after months of senior Nats declaring they would never in hell support net zero.

Joyce refused to make his own position on net zero clear, but reportedly spoke against it at the Nationals party room meeting yesterday. When Morrison goes to Glasgow this week, armed with confirmation that Australia will do the bare minimum to save face on climate in front of its allies, he’ll leave behind an acting prime minister that doesn’t support the government’s intent on climate.

What price a net zero consensus? Read on…