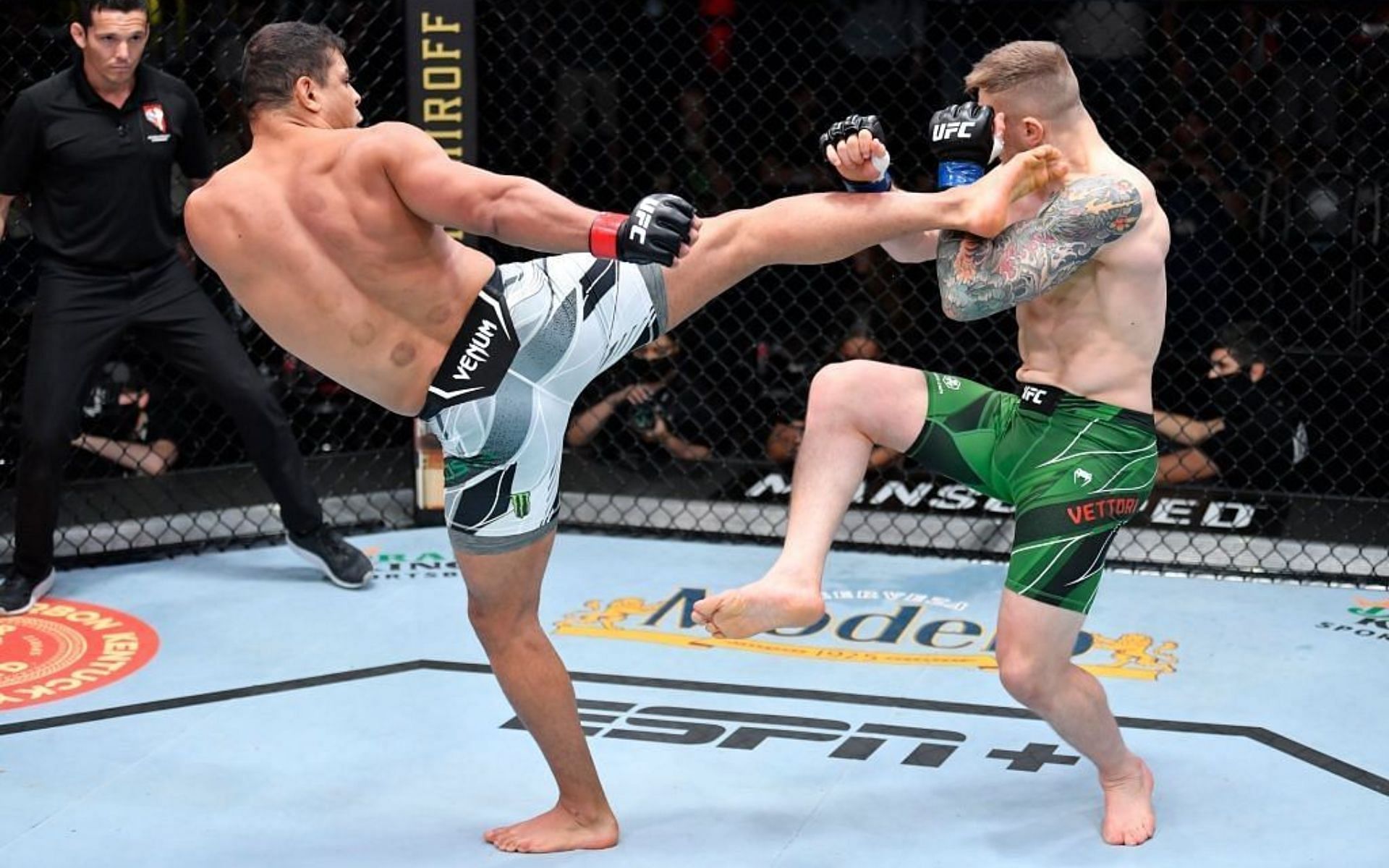 The UFC’s latest Fight Night show took place from Las Vegas’ Apex facility last night. As always, there were a number of big winners, as well as big losers, following the event.

In the main event, one UFC middleweight title contender came out with a big victory, even if it took place in the wrong division, while other fighters impressed equally.

So with some fighters moving up the ladder and others solidifying their position on it, here are the five biggest winners from UFC Fight Night: Paulo Costa vs. Marvin Vettori.

At the age of 43, it’s hard not to believe that Francisco Trinaldo might be fighting on borrowed time in the UFC. Admittedly, ‘Massaranduba’ doesn’t look anywhere close to his age, but in MMA, there’s no telling when Father Time might catch up with someone.

That’s why his win over Dwight Grant last night should be considered so important. Not only was it his first victory at 170 pounds in the UFC since his move up in weight earlier this year, but it was also a strong performance in what proved to be a tricky bout.

Early on, at least, it didn’t look like it would be Trinaldo’s night. He just about edged the first round, but then found the second very difficult as Grant upped the pace, took him down and did some damage from the top.

The third round, however, saw ‘Massranduba’ edge ahead again, largely by using his powerful ground game. However, a point deduction for a pair of fouls meant that he was sweating on the result, which looked well like it could be heading for a draw. Thankfully for the Brazilian, though, the judges decided he’d sneaked all three rounds and awarded him the victory.

It’s unlikely that Trinaldo will develop into a title contender at 170 pounds, but this win keeps him afloat in the world’s biggest MMA promotion. It was enough to take his record there to 17-7, which is impressive however you look at it.