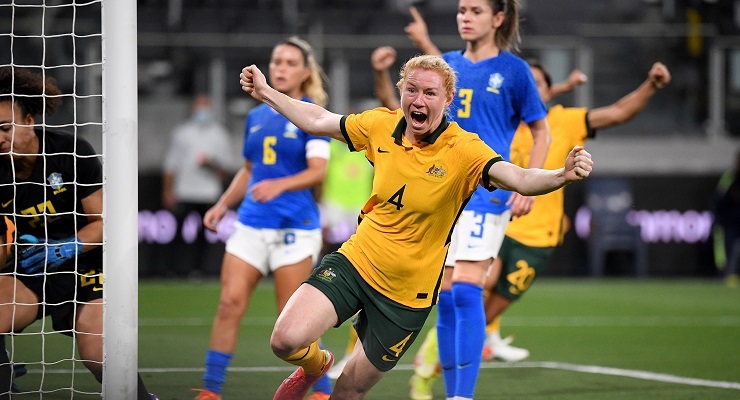 Ten and the Matildas won the weekend — nationally, 451,000 watched the team beat Brazil 3-1 on Saturday night, out-rating the Cox Plate on Seven earlier in the afternoon (361,000). Australia’s Rugby Union Test win over Japan was streamed on Stan, so we have no way of knowing numbers there, and the T20 game between Australia and South Africa (won by Australia) was on Foxtel (218,000 for the match) but it was also streamed, so we have no accurate figures for that either.

The Matildas was the sixth most-watched program on Saturday (a low-rating night); taking the punt on an exclusive deal for the soccer resulted in a good payoff.

Nine won Sunday night easily — The Block drew 1.507 million, making it the most-watched program for the second Sunday night in a row. Seven’s just not in the hunt at all.