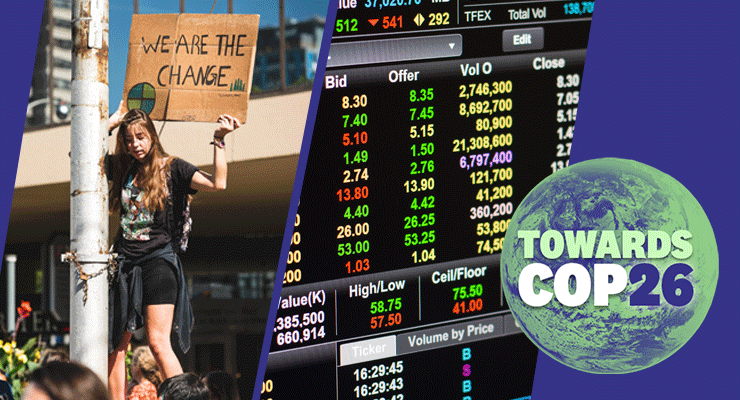 Intellectually speaking, Australia’s climate debate has been a moving famine. Australia initially agreed to the Kyoto Protocol of 1997 but then declined to ratify it. The Howard government pointed out that Kyoto only covered 30% of global emissions and the United States had not ratified. That said, we were on track to meet our obligations when Kevin Rudd did the right thing and ratified soon after the 2007 election win.

It has been the public policy equivalent of the docking of the Hindenburg.

We’ve gone from being a country that could have been ahead of the curve in decarbonising our economy — which is what you want, really, when adjustment gets more and more costly if action is delayed. Instead, we’ve been dragged kicking and screaming to action by global capital markets.

The politics of all of this has been pretty ungratifying. Turnbull as opposition leader was taken down by his own party for trying to do the right thing for the country. Then the same thing happened to Rudd, but as prime minister. Abbott used climate politics to divide the country and weaponise environmental action. Couldn’t he have just made do with using asylum seekers and the mining tax to do that?

Turnbull as prime minister lost his nerve on climate action, and Morrison has never had any nerve on the issue, unless one counts pandering to focus groups as leadership. And, of course, we have top fossils Matt Canavan and Barnaby Joyce, denying anthropogenic climate change and wanting government subsidies to make the problem worse, not better. They’re like less intelligent, less articulate, less charming versions of US Senator Joe Manchin.

But here’s the thing. My kids’ generation and their kids’ generation simply won’t stand for inaction on climate. For them it really is “the great moral challenge of our time”. These generations will debate how we decarbonise the economy, but not if or when we do so.

Lecturing them about power costs in Great Britain this year, or tectonic plates affecting the cable from Darwin to Singapore is, at best, met with a hearty chorus of “OK boomer”. And so it should be.

In addition to young folks, we have the (moderately) old folks running global capital markets. BlackRock’s Larry Fink may have different reasons than yet-to-be born Australian children for demanding climate action, but he wants the same outcome. And the thing about global capital is that it doesn’t tend to ask politely, or twice. To his credit, Treasurer Josh Frydenberg not only understands this, but he’s also making that fact clear to those inside and outside Parliament.

A confluence of unstoppable forces means that Australia will decarbonise, fully, by around 2050. The only remaining question is whether we want that process to be challenging or wrenching.

Say what you will about market forces and market-based solutions, they relentlessly drive the lowest-cost path to our final destination. We have a choice as a country: do we use command-and-control or market mechanisms to decarbonise?

Right now it looks like command-and-control will win the day. This will involve some ugly, inefficient, rent-seeking nonsense. Governments of all stripes will try to pick winners in a return to circa-1970s industry policy. Politicians will embrace billionaires for the camera lauding their leadership, but basically just writing them a big cheque.

This will be a mistake. Whether it’s a carbon tax or an emissions trading scheme, a carbon dividend or an asset-and-liability mechanism, we should use the magic of the market to get us to net zero.

Anyone who has taken an economics course knows that the market’s price mechanism equilibrates supply and demand. But that’s not all it does. In fact, it’s not even the most important thing the price mechanism does.

The true “magic” of the market’s price mechanism is that it communicates and aggregates dispersed information. This role — first pointed out by the left’s bête noire Friedrich von Hayek in an epoch-making 1945 paper — is why the greatest economic advances in human history have been driven by well-regulated markets, not by command-and-control.

Australia is about to reach a belated political truce on decarbonsation. But the economic battle lies ahead. We need to turn our commitments into reality. That won’t happen through government winner-picking or tilting technological windmills. It will happen through capturing the dispersed information that lies in every nook and cranny of our economy and allowing clear price signals to provide powerful incentives for innovation, adoption, and adaptation.