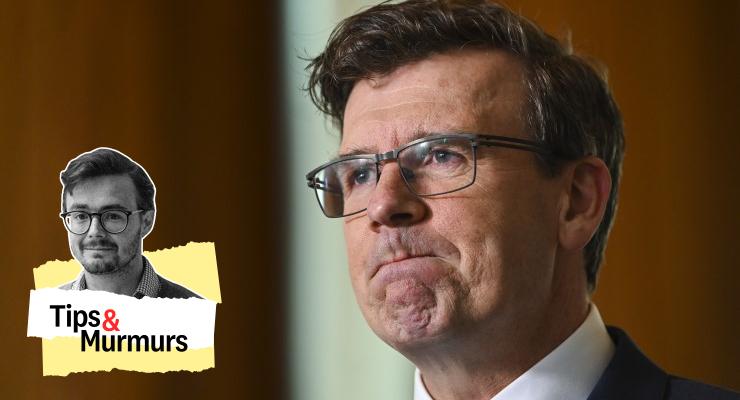 The education minister might want to have a word with the PM over his shortlist for the prime minister’s literary awards, and Leunig gets the chop following a cartoon so insightful it needed its own explainer.

Danstanflimflam “The Age cartoonist Michael Leunig axed after anti-Dan Andrews cartoon” reads the headline of the lead item on today’s Media Diary, before giving over several paragraphs to the cartoonist’s complaints, presumably to get complaints about “wokeism” and “out-of-touch inner-city elites” up to The Australian‘s daily minimum. Anyway, have another look at the offending cartoon, depicting a syringe mounted on a tank aimed a single twee figure. Like all good parodies, it requires a photo of the thing it’s parodying in the top corner:

Would you say it’s likely that the reason the image offended The Age‘s management was that it was insufficiently grovelling toward Dictator Dan?

Not Tudging While Education Minister Alan Tudge renews his attack on free thought at school in the name of liberal democracy, damning those who would obsess over our violent colonial past, he might want to have a word with the PM over his shortlist for the prime minister’s literary awards.

Catch up with the latest Tips and Murmurs…