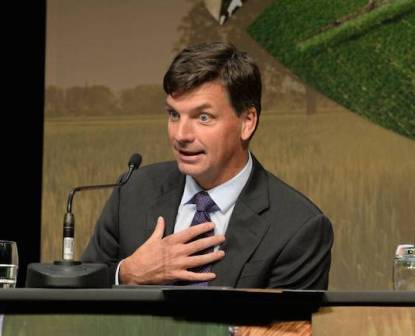 Scott Morrison has had a tough few years. First there was The Great Bush-fire Debacle. He went on holiday in Hawaii. Nothing wrong with that, you might say. Except that he tried to hide the fact that he was away. When he was sprung, he made all sorts of excuses, but in his own special way he made a statement that we will always remember: “Mate, I don’t hold a hose.” That was exceptional in many ways. It showed his narrow, superficial mind, with all its smugness, and complete lack of self-awareness. During a catastrophic bushfire, everybody holds a hose.

The country then discovered that, just before the election, and possibly even after the election was called, he had been using our money to try and buy coalition seats, and also lots of marginal seats they wanted to win. Scott Morrison was caught in the headlights of the sports rorts affair, and in an act of utterly callous self preservation, he threw his Sports Minister under the proverbial bus. Considering his narrow win in the 2018 election, how many seats were retained because of the calculated misuse of taxpayers’ funds?

The global pandemic struck next. He talked a lot about following the scientific advice, but his resistance to lockdowns, and his reluctance to provide financial support proved very unpopular. He read the public mood, correctly for a change, and then he pinched Boris Johnson’s JobKeeper idea, at Labor’s suggestion.

None of us knew then that the Treasurer, Josh Frydenberg, would do such a lousy job on the program’s design. Ripped off by thousands of companies, many of which paid bonuses to their already overpaid executives, and some even paid dividends to shareholders. Frydenberg now says it would be unfair to ask for the money back. There is only one word necessary to explain this Government’s moral bankruptcy – Robodebt.

Robodebt, where the might of the Government was turned against often helpless, certainly powerless, welfare recipients. Ten year old debts, calculated using a dodgy averaging algorithm, and subsequently found to have been unlawful. The Government denied wrong-doing, as Evangelical Right governments always do.

In June 2021, Justice Bernard Murphy approved a settlement worth at least A$1.8 billion, calling it “a shameful chapter” and “massive failure in public administration” of Australia’s social security scheme. Wikipedia.

The Ministers who have had their hands on the program include Christian Porter, Scott Morrison, Alan Tudge, Stuart Robert, Marise Payne. There are very few geniuses in that little group.

Of course after the horrors of the pandemic, there was great optimism about the arrival of the vaccines. Produced in record time, they did not appear in Australia, for months. Outbreaks in Sydney, and then Melbourne, took hold. Hundreds of deaths occurred, and Scott Morrison then made another of his astounding pronouncements: “It is not a race.” He repeated it, many times over.

But it was a race, and Morrison and his hapless Health Minister, Greg Hunt, tried hard to cover up their sheer incompetence. But even Blind Freddie knows you don’t just buy one vaccine, when there is a worldwide shortage. And you don’t announce at a late night press conference, that your only vaccine on hand, is suspect. Morrison actually blew the AstraZeneca vaccine’s credibility out of the water, because he panicked.

Morrison is about to attend the Glasgow climate summit, on our behalf, representing us on a world stage. He will smugly claim that he has an agreement in his back pocket, of net zero by 2050. The only problem is that up to a quarter of the Nationals do not agree, and he cannot legislate the reduction, because he will lose the vote in Parliament. So he is going with nothing in his pocket, except an unenforceable promise, redeemable in 29 years, by which time the whole Parliament will probably be retired, or dead.

He has taken a full three years to get his junior Coalition partners, the National Party, to not agree to net zero emissions by 2050. He did not lead anyone, anywhere. He was dictated to by the likes of Barnaby Joyce, Matt Canavan, the former Sports Minister Briget Mckenzie (she who went under the bus) and George Christensen.

We must also remember the sterling efforts of the Minister for Meaningless Climate Statements, Angus Taylor. Angus delivered his sales pitch with passionate fervour, but as we all know, Carbon Capture and Storage does not work, and most of us think bribing the Nationals is actually worse than a carbon tax, because it is using our tax money to support the coal and gas industries. We want to reduce our emissions, not increase them, Angus.

So the sum total of the Government’s achievements on climate change was essentially in the eye of the Prime Minister – Government by press announcements, which are believed by no-one. You have to admire Morrison’s sublime disconnect from reality. Welcome back, Scotty from Marketing, and you, Angus. Top job on all your efforts.