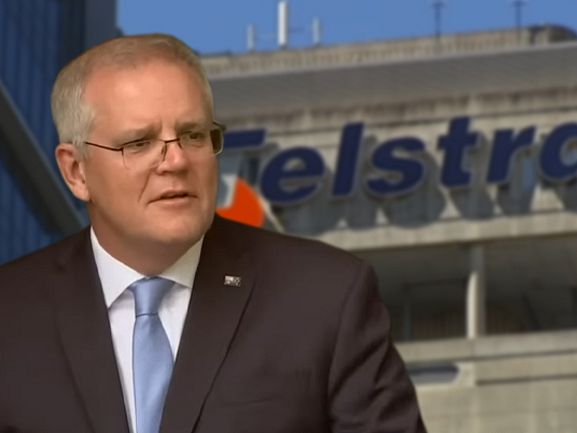 The acquisition of Digicel by Telstra was solely based on insistence by the Government in an effort to beat China to the deal. Paul Budde reports.

TELSTRA IS partnering with the Australian Government in a deal that sees the telecoms company acquire the mobile business of Digicel South Pacific for U.S.$1.6 billion (AU$2.14 billion), plus an additional U.S.$250 million (AU$333 million) depending on how the business fares over the next three years.

It is very clear that this is a political acquisition rather than a commercial one. If the Government would not have asked Telstra to investigate this deal, Telstra would never have considered buying the Digicel business.

In July, I mentioned the start of these negotiations. I know the owner of Digicel, Denis O’Brien, who was a member of the UN Broadband Commission for Digital Development of which I was the co-initiator. Around a decade ago, I had several conversations with him regarding the company. I was very impressed with the business that he established. He started in the Caribbean and expanded later into the South Pacific. At that time, very few telcos were interested in these islands and for a long time, Digicel had the market to its own.

However, that was 10-15 years ago. Fast forward to 2021 and, of course, that market has changed. Competition has arrived on most of the islands, there is now market saturation and COVID-19 saw a dramatic downturn in tourism. The use of mobile phones by tourists was a major part of the business. The islands are all still low-income countries and there is a limit to what the locals can spend on mobile services.

I would say that Denis is a business builder and these markets have now reached the stage of saturation and Digicel had already indicated for quite some time that the business was for sale.

Surprise, surprise, the Chinese were keen to buy the business and that started to sound alarm bells in Canberra and Washington. The Government had already intervened in a previous submarine cable venture in the Solomon Islands and subsidised Vocus to build that network, basically forcing the Solomons not to do a deal with China.

Telstra doesn’t have a good track record in overseas adventures. Over the last 30 years, it has made investments around the globe from Kazakhstan to India and from Laos to New Zealand, just to name a few of the more than a dozen international ventures. In the 1990s, the company mentioned that by the year 2000, 25 per cent of its business should come from international operations.

In general, none of these international investments has made any significant long-term contribution to the company’s bottom line. So, to make the Digicel buy work for them will be quite a challenge for the company. The only comparable investment is that of a residential telecoms network Telstra operated for a decade or so in New Zealand, but also this one has folded some time ago.

On the positive side, the Digicel business in the South Pacific is a mature market and Telstra knows how to operate in such a market. Its success will totally depend on operational skills and keeping the costs under control. Telstra’s CEO, Andy Penn, knows how to operate such a business.

Another point I like to make is that one of the mistakes Telstra has often made is to micromanage a newly acquired business from Melbourne and in that process, the newly acquired business gets smothered in the Telstra bureaucracy. Digicel South Pacific does have an excellent management team and they should be allowed to continue to run the business at arm’s length from Telstra. Look for synergies and opportunities, but basically leave the company alone. Running a network over a string of low-income islands is something that very few companies can do successfully; Digicel has proven to be able to do this, so let them continue to do the job.

As mentioned, Telstra would never have gone into this business was it not for the Government negotiating – for political reasons – this deal with the company. While the Government’s generous investment is a nice sweetener that might excite shareholders turning the new venture into an ongoing sound operation that is going to add to the company’s bottom line, over the long term is quite something different.