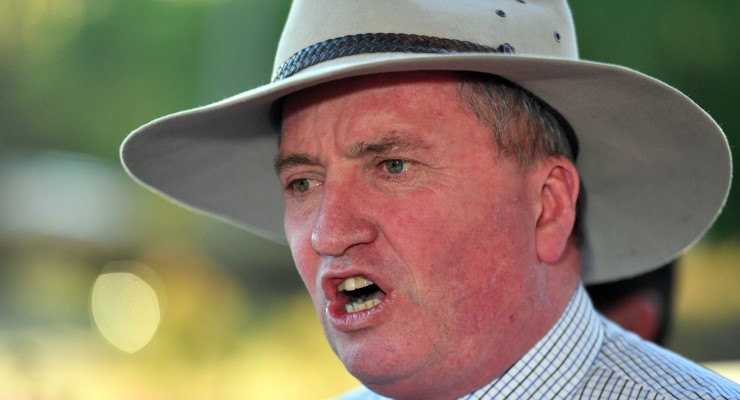 All Aussie adventures It was always going to end this way. The government, perhaps lulled into a stupor by nearly a year of coverage that gave it credit for things it hadn’t done and commitments it hadn’t made, gave us a 129-page document about getting to net zero emissions by 2050 which contained no detail, no modelling, and no new policies. Presented during a press conference in which Prime Minister Scott Morrison and Energy Minister Angus Taylor used the word “plan” nearly 100 times, as though trying to conjure one up like Beetlejuice, it was called, inevitably “The Australian Way”.

He’s been heading this way from the beginning, of course — as early as November 2018 Bernard Keane wrote that Morrison, the “most Aussie PM of all”, led a government that had “achieved a marvel of political alchemy: the distillation and crystallisation of the worst aspects of modern Australia”. Before that Guy Rundle observed that his “plain old-fashioned suburban crapness” may be Morrison’s greatest appeal:

He presents himself as just like your average Aussie, presumably by being not very good at a mid-level job he got by default.

Who can’t identify with that? What Aussie hasn’t crouched in their office/hot space/breakroom, wondering when they’ll be found out? … Who hasn’t written a presentation on wet ones pressed against the dashboard in the morning gridlock only to find it unreadable at the podium?

And so the intervening years have all been leading to this nothing of a climate non-policy, so free of detail as to give the distinct impression of a uni assignment you’d forgotten about and half-arsed the night before. With that in mind, readers, what should the name for the plan actually be? Our favourite option is “Carbon omissions”. Let us know.

Good Joyce So it hasn’t been a great week for much, but we have got a great dose of bellicose Barnaby. First the Deputy PM told Parliament the ALP would be “the greatest outlaws since Billy the Kid” (“They’re going to outlaw Central Queensland. They’re going to outlaw the Hunter Valley,” he declared, displaying an interesting idea of what outlaws do). Then, in a line they’ve been hitting hard, he accused the opposition of wanting to — get this — pass laws to achieve net zero:

I think anyone glancing at a cabinet that contains Angus Taylor, Bridget McKenzie, Stuart Robert, Alan Tudge, Barnaby Joyce and others would probably have guessed this government wasn’t all that big on the whole “punishments for putting individual needs ahead of the common good” thing.

A Bridget too far Speaking of McKenzie, she’s had a hell of a time at estimates this week. She — very briefly — committed Australia to a net zero target by 2030. She conceded she had never seen the 2050 “plan” that Morrison announced. And when asked about the concessions her party had extracted in return for its “support” she simply restated the first rule of Fight Club. This would all be horrifying in a normal week, but the reference was made all the funnier by a series of leaked texts involving former leader Michael McCormack.

McCormack was furious at a Faceswap video on George Christensen’s Facebook (sorry, modern politics forces you to type sentences like that). The vid depicted Matt Canavan as the Terminator shooting holes in the net zero and McCormack was angry because it featured the shooting of a “uniformed police officer”. Then McCormack had to huffily clarify that he knew the storyline of The Terminator and yes, the cop is actually a shapeshifting robot from the future, so it’s not as bad as shooting a real cop.