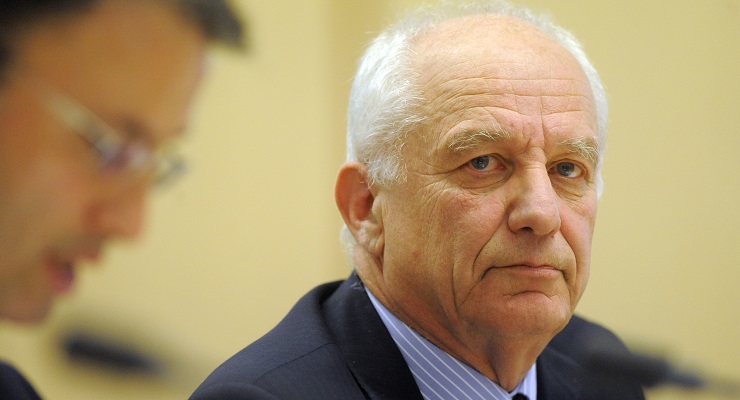 Nelson reportedly put his telescope to his blind eye and said “I see no signal”, then pressed home the attack for a devastating victory.

When it comes to the Victorian government and Crown Casino, it seems warning flags were ignored and the result was not devastating victory but a disastrous commercial and reputational crisis.

To misquote Jane Austen — writing at about the same time as Nelson’s famous defiance — it is a truth universally acknowledged that just about every crisis is preceded by red flags or warning signs.

He concluded: “Within a very short time, the commission discovered that for many years Crown Melbourne had engaged in conduct that is, in a word, disgraceful.”

Others will spend months poring over the 652-page report and its abysmal tale of money laundering, tax evasion and criminal behaviour. But for crisis managers the key question is how the company, the Victorian government and its watchdog regulator failed to see — or ignored — red flags the size of Tasmania.

While Crown has very generously been given two years to “clean up its act”, where is the accountability? Crown Group chair Helen Coonan and Crown Melbourne chief Xavier Walsh resigned — presumably with a comfortable payment. Yet what about the politicians, regulators and Crown executives who did a Lord Nelson and turned a blind eye to disgraceful behaviour?

It’s generally accepted that the Andrews government resisted calls for an inquiry into Crown for years until its hand was forced by the New South Wales Bergin inquiry, which found the group unfit to hold a casino licence in that state.

How do crisis warning signals get ignored?

Finkelstein found the board was either not told what was going on, or “fell asleep at the wheel”. He also found that many senior executives were “indifferent to their ethical, moral and sometimes legal obligations”.

Yet none of his 33 recommendations suggests or implies any action against individuals. Instead, he recommended broadening and extending the functions of inspectors to ensure there is appropriate supervision of conduct on the casino floor and to help detect criminal activity.

Really? It requires a law to get Crown to report any breaches, and not to lie to government officials? Little wonder there seems to be no real accountability for years of misbehaviour.

And that is partly why red flags get ignored.

As Finkelstein dishearteningly commented on the senior executives who were involved in the misconduct: “Some were motivated by a drive for profit. Some simply did what they did because they could.”

Ignoring red flags is not new. As I wrote recently in Crikey, when the giant French Société Générale lost about $7 billion through unauthorised transactions by a single rogue trader, an independent inquiry found the bank had failed to act on 75 red flags over 18 months.

And after the collapse of the $65 billion Bernie Madoff investment fraud, the US Securities and Exchange Commission inspector-general David Kotz admitted his agency missed “numerous red flags” from 1992 until the fraudster was arrested in December 2008, and he conceded five investigations into Madoff’s operation had been bungled.

Or consider the AirAsia Airbus which crashed into the sea off Indonesia in 2014. The cause was human error triggered by a maintenance fault which had occurred 23 times in the previous 12 months. The BBC called the official report the “anatomy of an avoidable crash”.

Or the disastrous Deepwater Horizon oil rig fire in the Gulf of Mexico in 2010 where evidence was given that vital warning systems had been disabled to spare workers being woken by false alarms.

If anything is to be learnt from the case of Crown, we need to go beyond the royal commission. Finkelstein did a great job detailing what happened and recommending steps to prevent it reoccurring. But for other companies trying to take lessons from this fiasco, the issue remains exactly how such bad behaviour was allowed to happen in the first place.