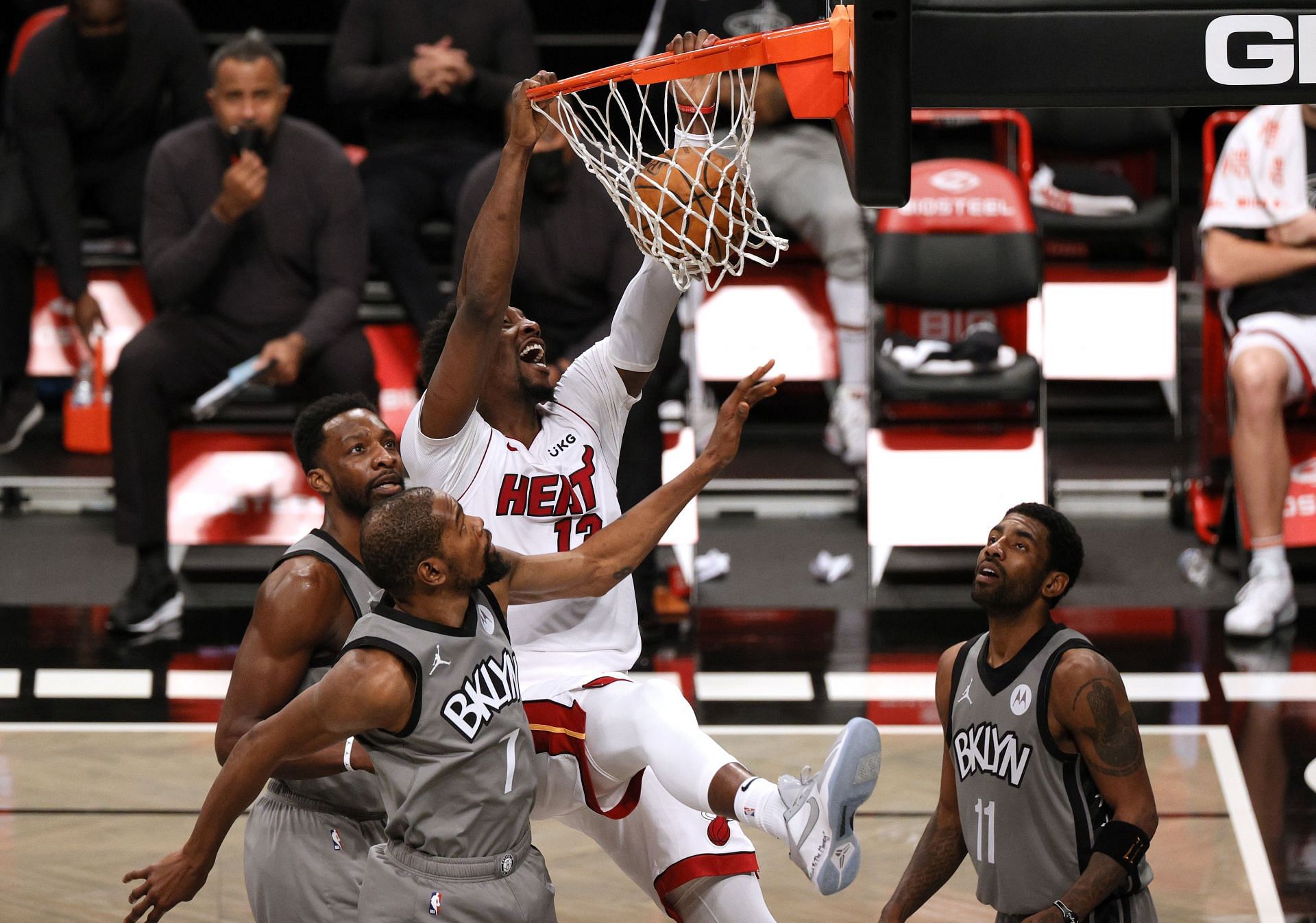 The Miami Heat will test their mettle as bona fide championship contenders when they take on the Brooklyn Nets at the Barclays Center on Wednesday.

Erik Spoelstra’s team is fresh off a confidence-boosting dismantling of the Orlando Magic in their last game. They’ll be facing an uptick in competition as the Nets are the tournament favorites who have something to prove this early into the season.

The Brooklyn Nets are in the middle of a six-game homestand. They just overwhelmed a hapless Washington Wizards team that sorely lacked firepower. Kevin Durant and the Nets will be looking to build on that win.

Steve Nash’s team is off to a shaky start, so piling on the wins on their home floor would be great for the team before going on a lengthy road trip.

The Miami Heat have a relatively clean bill of health except for Victor Oladipo, who is still recovering from an injury he suffered last season. There is no timetable yet for his return, so he is definitely out of this game.

Marcus Garrett is not joining the team as he is assigned to the G-League.

The Brooklyn Nets have a full complement of players other than Kyrie Irving, who is ineligible to play. Irving’s absence has clearly been felt in the Nets’ rocky start to the season.

Erik Spoelstra has been using the same starting unit when his roster is healthy. Kyle Lowry will man the backcourt, with Duncan Robinson functioning as the shooting guard. The bruising duo of Jimmy Butler and P.J. Tucker will handle the small forward and power forward roles, respectively.

Bam Adebayo’s continued development makes him a dual-threat at the center position.

Steve Nash returned to his most efficient and best starting unit in the game against the Washington Wizards after a sluggish first three games. He will likely roll out the same unit as they face a very strong Miami Heat team.

James Harden will run the plays for the Brooklyn Nets, with Joe Harris roving around the perimeter as the shooting guard. Bruce Brown will be at the small forward spot and will surely hound the Heat’s best players at different times.

Kevin Durant, who has been playing at an MVP level, will return to his power forward position alongside Blake Griffin as center.