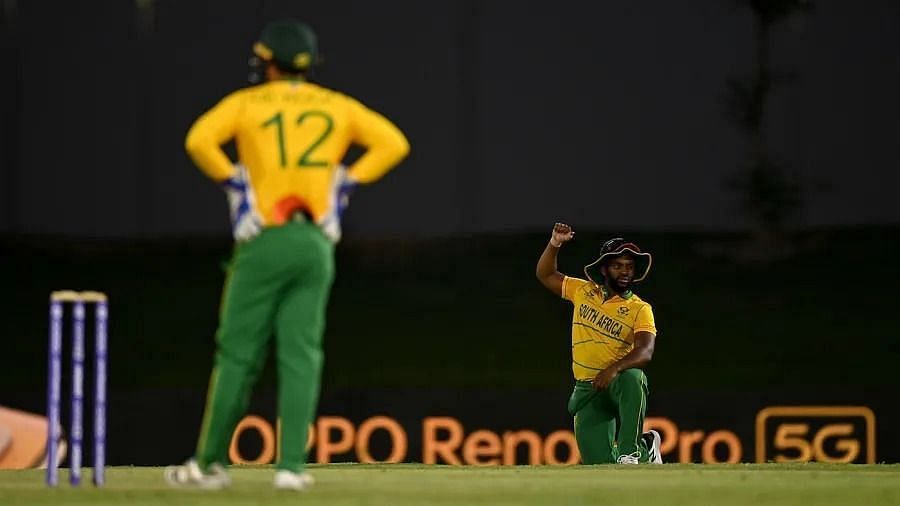 Former Pakistan captain Salman Butt is befuddled over South African batter Quinton de Kock’s decision to not take a knee ahead of the team’s match against West Indies on Tuesday.

De Kock pulled out of the game stating “personal reasons”. Both Cricket South Africa (CSA) and team captain Temba Bavuma later confirmed that the wicketkeeper-batter had refused to take a knee.

Reacting to the controversy, Butt stated that there was no reason for De Kock to behave in the manner that he did. Discussing the issue on his YouTube channel, the former cricketer opined:

“What he did was really strange. Everyone is taking part in the Black Lives Matter (BLM) moment, which basically says that all humans are equal and no one should consider themselves superior on the basis of race or color. It was decided for everyone (by Cricket South Africa) that players should take a knee. His decision will not unite people but will only create a further divide. I really don’t know why he did this.”

Butt further stated that De Kock’s thinking is against the ideas of a South Africa envisaged by the late Nelson Mandela. The 37-year-old added:

“He (De Kock) lives in a country where people from both races are in abundance. This is certainly not the South Africa of Nelson Mandela. When things in South Africa improved and they merged themselves back with the rest of the world, he united people. Things have been spoiled. Everyone is doing it and the message is simple that everyone is equal.”

According to the former Pakistani batter, South Africa’s differences within the team are a bit too evident, which shouldn’t be the case in the midst of a cricket tournament. He elaborated:

“Their team is running on quota system. In their first match as well, there was an image where some from the team were sitting and some were standing. They definitely look unsettled. Their opinions, beliefs or cultural differences should not be on display so much. They are here to play cricket.”

An image has gone viral on social media in which South African skipper Temba Bavuma is seen taking a knee while De Kock is in a standing position.

Following South Africa’s victory over West Indies on Tuesday, Proteas captain Temba Bavuma admitted that not having De Kock in the team was a setback.

He, however, backed the wicketkeeper-batter at a post-match conference and said:

“Obviously Quinton is a big player for the team, not just with the bat, but the role he plays from a senior point of view and from an experience point of view, and not having that at my disposal as a captain was obviously something I wasn’t looking forward to. In saying that, Quinton is an adult. He’s a man in his own shoes. We respect his decision. We respect his convictions. I know that he’ll be standing behind whatever decision that he’s taken.”

Issuing an official statement over the matter, CSA said that they will consider the steps to take after receiving a report from the management.