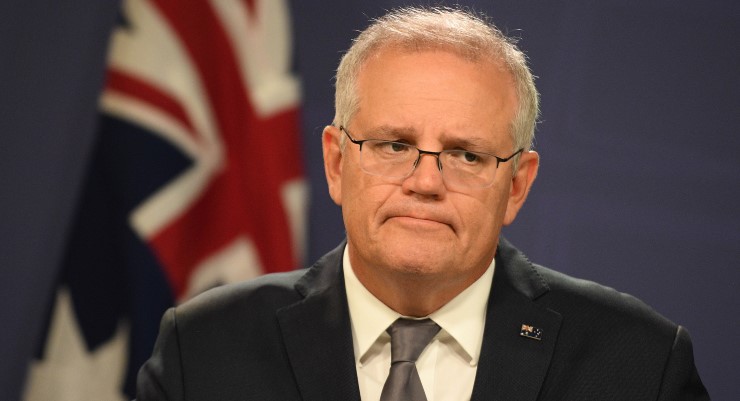 If the jowly, happy-clappy Scott Morrison can scrape his way back into power he will indeed become the Liberals’ sainted one.

Well with Labor on 54-46, the Coalition being battered by internal disunity, evidence of profligate and politicised spending, and an election looming, we are on the edge of … Scott Morrison clawing back enough support with the assistance of his News Corp buddies to eke out a narrow victory once more.

It’ll be ghastly if it happens, days or weeks in the sorting out, recounts in seats like Bass and Macquarie, a plurality rather than majority sought, and Rebekha Sharkie or some such suddenly the kingmaker.

If it does, Morrison, the jowly blue-singleted man-boobed happy-clappy from the Shire, will join the pantheon of Liberal gods. Not at the very centre of the assembly of the gods; somewhere in the middle, like those minor Roman gods of horse stirrups or sneezing.

Can Morrison bulldust his way into victory? Read on.