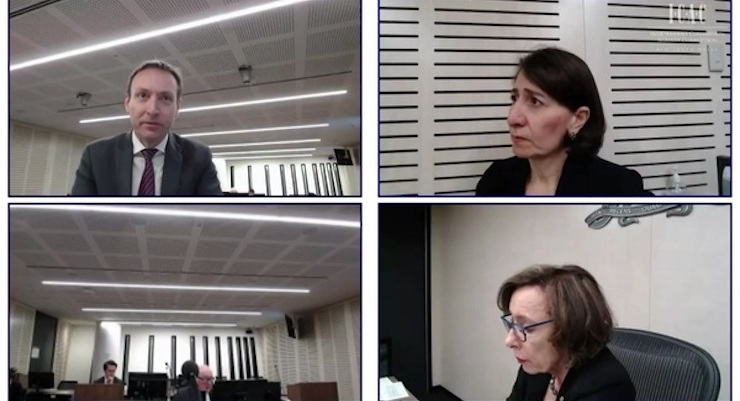 The former NSW premier also continued to tell the commission that she did not suspect her former lover Daryl Maguire of corrupt conduct, despite his urging her to get a private phone to avoid being surveilled.

Governments “threw money at seats in order to keep them”, a NSW corruption inquiry heard this morning.

Former NSW premier Gladys Berejiklian said at the Independent Commission Against Corruption (ICAC) that there was nothing unusual about a government spending money to retain a seat during a byelection.

Asked by counsel assisting the ICAC, Scott Robertson, whether she was interested in giving public money to projects for political reasons without necessarily being concerned about their merits, she said: “I don’t think they’re mutually exclusive.”

Should Berejiklian have reported Maguire’s suspicious behaviour? Read on.