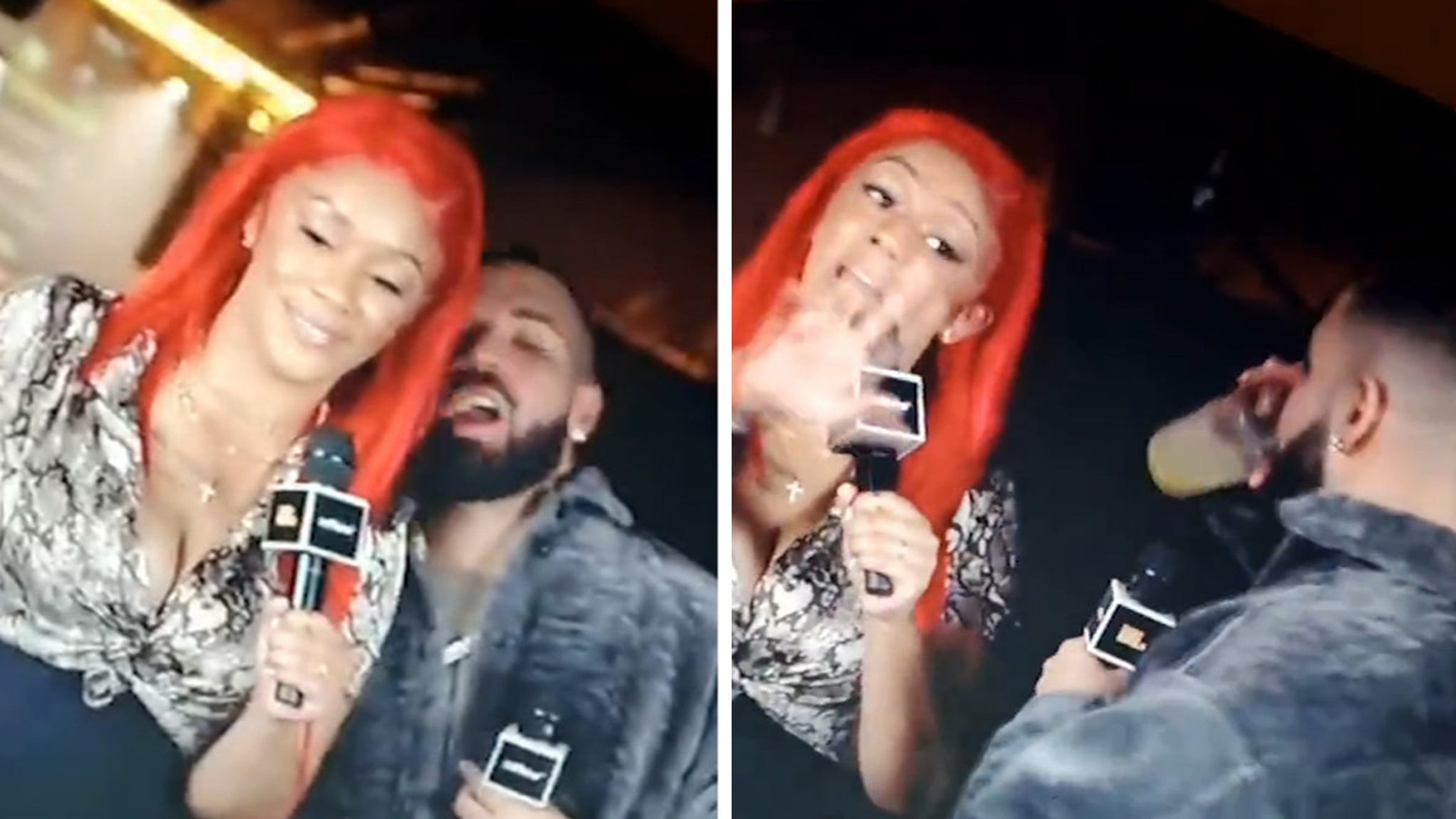 3:02 PM PT — A rep for Urban Rap League tells TMZ … Drake helped get these rap battles on a service called Caffeine TV, so he’s a big part of getting it off the ground — which is why he was there. We’re also told he wasn’t drunk, but simply joking and flirting with a friend.

Drake was feeling it Saturday night, with a little help from a beverage.

Drake hosted a rap battle Saturday night in Long Beach, and he may not have been 3 sheets, but surely at least 2!

He was at the “Til Death Do Us Part” show, and as he chit-chatted with Nunu Nellz, it doesn’t take an alcohol expert to see … Drake was under the influence and having a blast. He wasn’t in costume, but Drake’s famous enough to be himself. Yeah, that doesn’t really make sense.

There were tons of parties Saturday night in Hollywood and parts surrounding …. including one hosted by Alessandra Ambrosia which attacked a gaggle of celebs, including Meagan Good, Doja Cat, Tyga, Ryan Phillippe, Victoria Justice and Jeff Ross.

After the rap battle, Drake left for parts or parties unknown, but it’s clear … he had a better time than most.