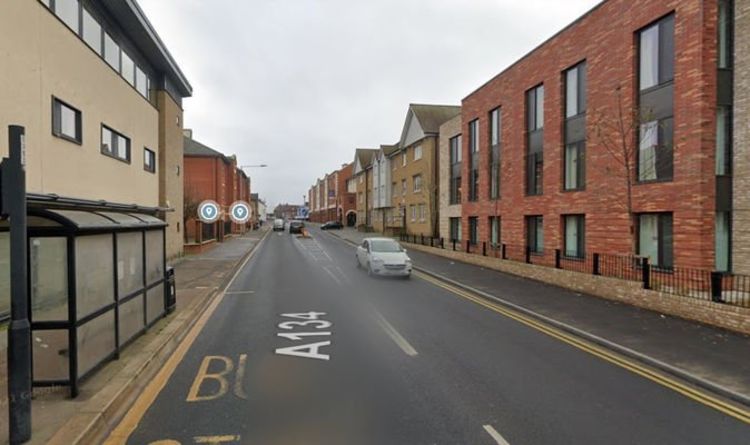 Essex Police said on Monday that the two girls involved in the incident were “shaken up” by the encounter with a man they believe to have been “intoxicated”. The force said the two girls had been walking together in Colchester, when the man – who had been lying on the floor – stood up and assaulted them.

They said he grabbed one on the shoulder and the other by the wrist.

“Thankfully, both girls managed to pull away and run away,” the police said.

The incident took place on Magdalen Street at around 6pm on Monday, October 25.

The man in question was described as white, around six foot tall and wearing a rainbow-coloured t-shirt, with black tracksuit bottoms and trainers.

Anyone who witnessed the incident or has information on the man should submit a report online.

You can use the ‘Live Chat’ button to speak to an online operator between 7am-11pm.

Information can also be given to independent charity Crimestoppers anonymously on 0800 555 111.