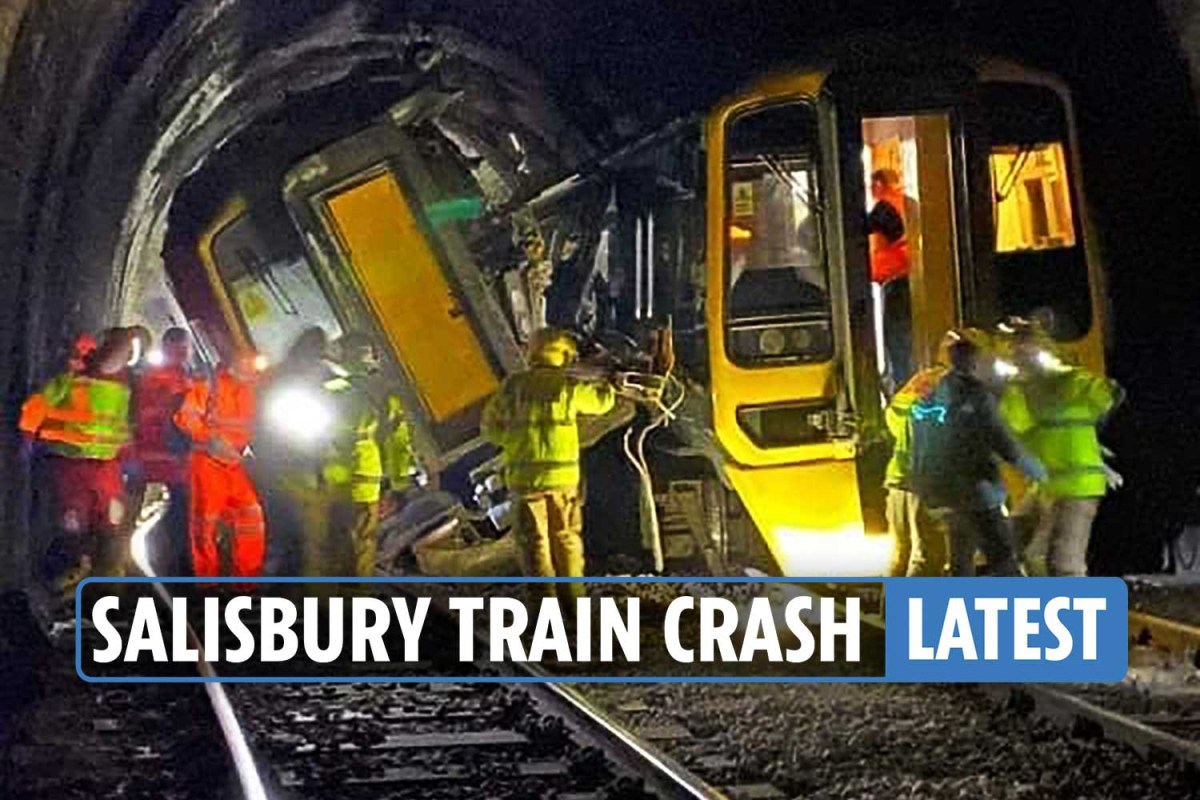 TERRIFIED students called their parents to tell them they loved them after their train crashed and filled with smoke like a “terror attack”.

Seventeen people have reportedly been taken to hospital after two trains collided inside Fisherton Tunnel, near Salisbury tonight.

Callum Stedman, 16, said passengers believed they would die and started calling their parents to tell them that they loved them.

Callum, from Weybridge, Surrey, had been returning to Warminster School after the half term when the incident happened.

The boarder said: “The train was quite full. I was standing. We felt a jolt and everything went black.

“We all landed on each other and the train was at 45 degrees  on its side.

“Then lights started coming on from people’s phones and we started looking around, you see people with broken noses and black eyes and blood dripping.