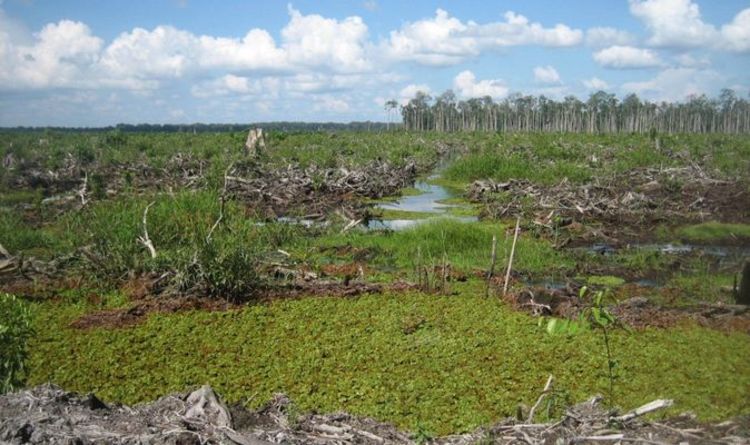 Researchers have found that of the 2.2 million hectares surveyed, around one fifth has collapsed by more than 2.5cm since 2016. The collapse indicates the nation’s peatlands – which are the most natural effective carbon stores on land – are now emitting large amounts of pollution.

Andrew Sowter, director at Terra Motion, told The i: “This is the first time that such an extensive survey has been performed across the UK.

“It shows that significant areas of peatlands are collapsing across the country, a likely sign of extensive damage.”

Dr Sowter claims restoring peatlands studied would help the UK reach its targets to reduce emissions by 78 percent by 2035, compared to 1990 levels.

He continued: “Using the emission figures from the Terra Motion survey and an approximate current commercial value…of around £50 per tonne [of] CO2 emissions, we estimate that the economic potential of UK peatland restoration could be worth over £500 million per year.

“Using an estimate of £1,000 per hectare for total restoration costs, we conclude that with an appropriate carbon offsetting scheme, any actual costs of a restoration project could be easily recovered in the first few years of operation, making investing in peatlands restoration a highly lucrative proposition.”

He added: “Peatland restoration is a nature-based solution which brings with it other co-benefits such as improved biodiversity and water quality, as well as the promise of increasing job opportunities in rural areas, which also have significant economic benefits to landowners and local communities.”

Craig Bennett, the chief executive of The Wildlife Trusts, said that with only a quarter of the UK’s three million hectares of peatland in a natural state, it was a “matter of extreme urgency” that the Government leads the way in nursing fens and bogs back to health.

Mr Bennett said: “The Government has failed to set an ambitious restoration target for peatlands even though they are one of the most valuable habitats in the UK.

“Just as bad is the fact that they do not have the appetite to stop the ongoing damage.”

A peat strategy for England has been delayed since 2018.

Charities are stepping in, including Yorkshire Wildlife Trust, which has restored a third of the blanket bog in the area and has plans for more restoration, moss planting and ditch blocking.