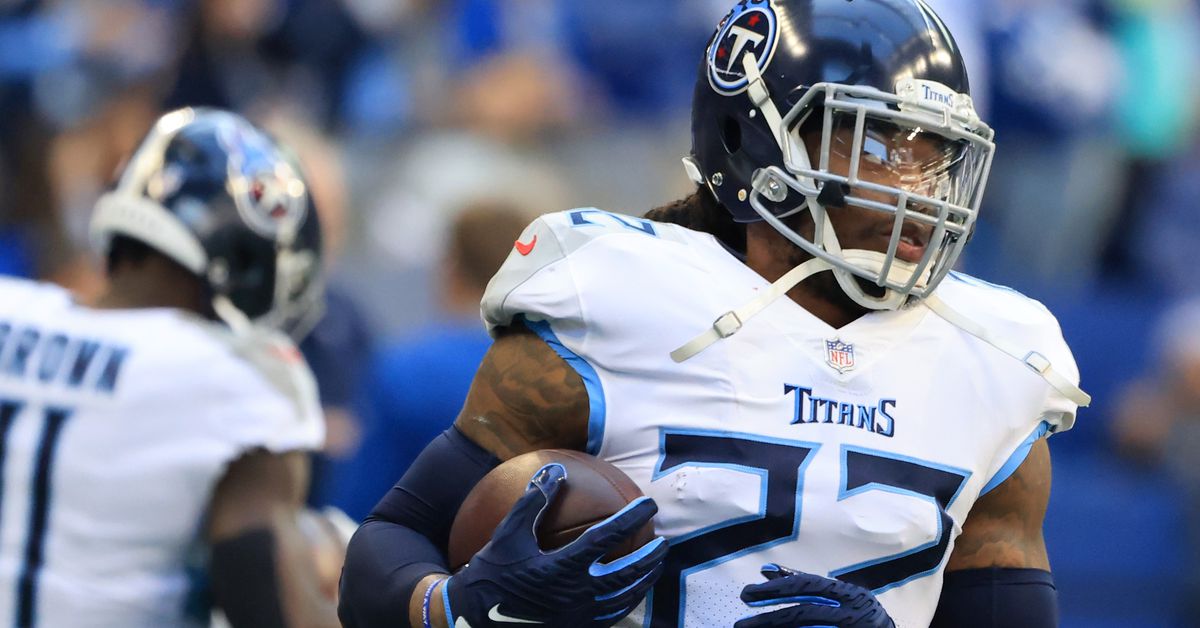 The AFC has been in absolute flux this season, and that got turned up to eleven with the news Derrick Henry will miss the remainder of the season with a foot injury. It’s enough to derail the Titans’ hopes at making the Super Bowl, and has a ripple effect throughout the conference.

Henry is unquestionably the most important player for the Titans, and perhaps one of the most important offensive players in the entire NFL to their respective team. Without their every-down engine, Tennessee will now have to rely on their passing attack. On paper that isn’t terrible, after all A.J. Brown and Julio Jones are on the roster — but so much of Tennessee’s offensive potential is based on teams being forced to respect Henry, so they can’t overload to stop the pass. Alternatively, he sets up the play action pass which is where so much success has come for the Titans during the Tannehill era.

As a replacement the Titans signed Adrian Peterson on Monday, which feels less like a plan, and more like desperation. It might feel a little dire to say the season is over for Tennessee, but honestly Ryan Tannehill and the passing attack has not been as good this season as in the past two years. Without Henry to offset that, I just don’t see it happening this season.

So, what does this mean to the rest of the AFC?

There are four teams to really pay attention do down the stretch, and while all benefit from the Titans falling off, some jump out more than others.

The Ravens have faired really well against run-heavy teams, so it’s unclear whether Henry being out of the Titans really helps Baltimore that much. This is a team battling consistency issues more than any true opponent representing an Achilles heel.

That said, there’s a serious psychological advantage here for the Ravens. Last year they were eliminated by the Titans in a game where Henry ran for 133 yards. This means there’s less pressure of worrying about falling into the same trap when the playoffs arrive, and that means something here too — even if the 2021 team is very different than a year ago.

Henry’s biggest skill is an ability to completely take over a game by himself and wear down defenses to the point where the Titans’ passing game can open up and dominate.

Obviously it feels like the Bills’ conference to lose at this point. Everything is breaking Buffalo’s way between the Chiefs falling off a cliff in 2021, and now the injury to decimate the Titans. There’s a lot of debate whether or not Buffalo could, or should have beaten Tennessee in their Week 6 matchup, but it still sparked a lot of debate.

The biggest benefit here is less about Tennessee being potentially out of the playoffs, and more about who will earn home field advantage. Without the Titans to potentially disrupt things all roads appear to head through Buffalo now, and that represents a major boost.

The Bengals are coming off a crushing loss to the Jets, but still represent a ton of talent in their passing game. That said, defensively the team has been rather suspect at times — leading to the possibility that a playoff run against the Titans could have been a death knell to the season.

There’s not much really more to say here. Until other teams in this category it’s not really a case of there being some underlying drama, but rather simply having one less good team in the mix.

Now this is a really interesting scenario of all the teams. When it comes to potential playoff matchups the Raiders were atrociously mismatched against Tennessee.

Nobody has doubted Vegas’ offensive prowess, but rather their extremely poor defense that’s barely kept the team afloat, The Raiders are allowing 131.3 yards-per-game on the ground this season, one of the worst marks in the NFL — and against a back like Henry there’s very little reason to believe they’d be able to pull through.

However, with that clear really only the Ravens represent a serious offensive problem. Baltimore clearly run the ball at an elite level, but don’t have one bellwether back to make it all go. They also don’t use play action quite as well, which is a major problem for the Raiders.

It’s still an uphill battle to see the Raiders make a deep playoff run, but don’t sleep on this potential.