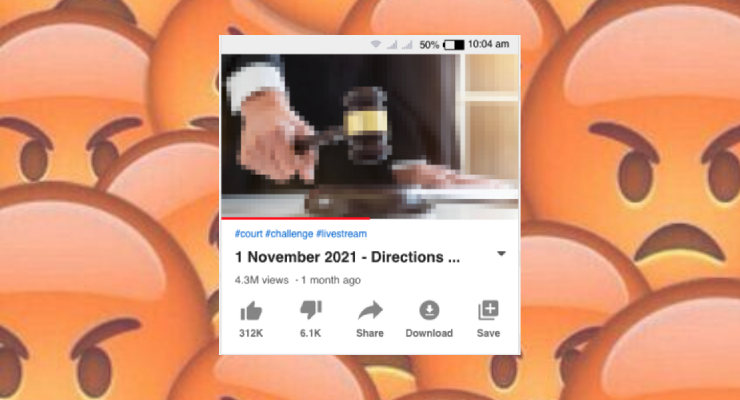 Live-streaming court proceedings makes the judicial system more accessible for the public. But they can be manipulated.

When NSW Supreme Court Justice Robert Beech-Jones presided over the first day of a legal challenge to New South Wales’ vaccine worker mandates, it was probably the largest trial audience he’d ever had — even though the court was physically empty.

Tens of thousands of people watched proceedings on YouTube — nearly 60,000 at one point. All up 1.4 million people watched the official broadcast across four days. Many joined via hyperlinks shared to anti-vaccine and conspiracy groups.

Groups with fringe ideologies such as anti-vaxxers or neo-Nazis are a new challenge for courts in the digital age where taking part in a legal proceeding is as easy as joining a Zoom call. Courts had to adapt to the COVID-19 pandemic by going virtual. As early as March 2020, Australian courts moved to hold proceedings primarily over the phone or using videoconferencing software. With these setups, the public can observe but generally have to contact court staff to get access.

Do viewers get both sides of the argument? Read on.