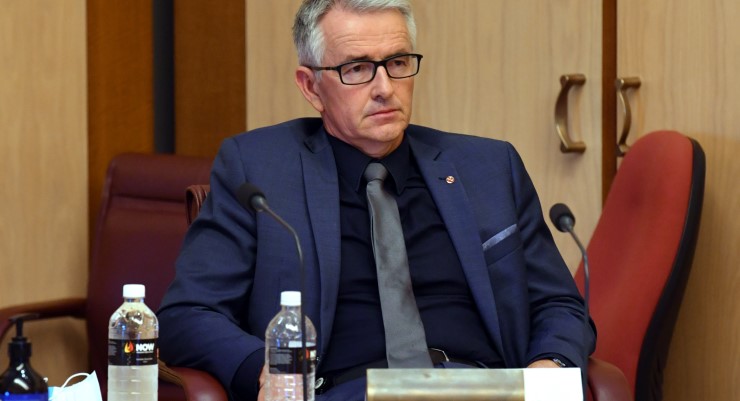 A little-known government senator from Queensland has quickly become a big figure on Facebook after his embrace of anti-vaccine rhetoric.

Queensland LNP Senator Gerard Rennick has seen an explosion in popularity on Facebook as he shared first person accounts of people claiming to have been injured by vaccines, critical news articles and memes that are all negative about vaccines.

This has extended to his politics. Early on Monday morning, Rennick posted a letter sent to the prime minister on Facebook saying he will not vote with the government until a number of policies are enacted, including stopping all vaccines for children, overturning workplace vaccine mandates and ending COVID-19 domestic travel restrictions.

Although Rennick may not be explicitly calling for a vaccine ban, his rhetoric goes against expert advice and echoes that of anti-vaccine campaigners. And as he found an audience with this posting, he’s leaned into it more.

In October — when he posted about using Senate estimates to ask government departments about vaccine mandates and shared reports of Pfizer’s leaked contacts — Rennick doubled his Facebook following to more than 35,000 and his interaction increased to a sky high 13%, despite not increasing his posting significantly.

So, has Rennick tapped into a vessel of unheard voters with vaccine concerns who will vote below the line for him at the next election? It’s impossible to know for sure, but the important thing about social media engagement is that it’s international. So it’s likely some (if not a lot) of this newfound audience is outside Queensland.

Increasingly the internet is organised around individuals and communities who act in concert. Hyper-engaged anti-vaccine communities on spaces like Telegram or Facebook groups will mobilise when they see a public figure supporting their cause, flooding them with positive engagement. But just as easily as the attention comes, it goes. These groups are united around a cause — eroding support for vaccines — and are not loyal beyond that. Additionally, they tend to be limited to providing online engagement.

But Rennick is only halfway through his Senate term, with years until he next faces the voters. For the time being, he can continue to post medical misinformation with little consequence. What his sudden fame on Facebook shows is how anyone can find attention if they play to the anti-vaxxer crowd.