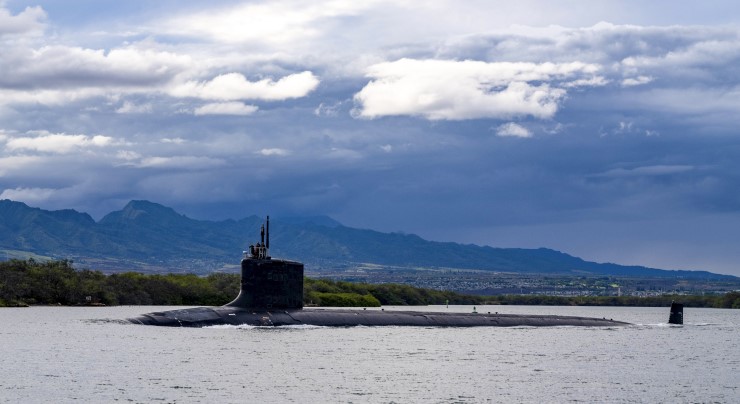 Scott Morrison’s justification for misleading France about ditching the Naval Group submarine contract was that Australia’s strategic environment had changed. But how, exactly, had it changed that it required a nuclear-powered sub — but not a French one?

After embarrassing himself in his first response to Emmanuel Macron yesterday, Scott Morrison tried again last night, his staff having put their heads together to devise a better response to the French president’s statements of fact about being lied to.

“I want to address a number of the issues that came up when we gathered together yesterday for the press conference,” he told journalists. It’s not often a prime minister holds a media conference to respond to himself. Or, in this case, to clean up the mess he himself created when he spoke to journalists 24 hours before.

But, as happens with Morrison, his efforts at recovery have made matters worse. First, his office leaked confidential messages between Macron and Morrison to News Corp stenographers, demonstrating that not merely can the prime minister of Australia not be trusted to honour a deal, he won’t keep confidential messages exchanged between leaders. Second, his efforts have pointed to a profound mystery at the heart of the entire AUKUS announcement.