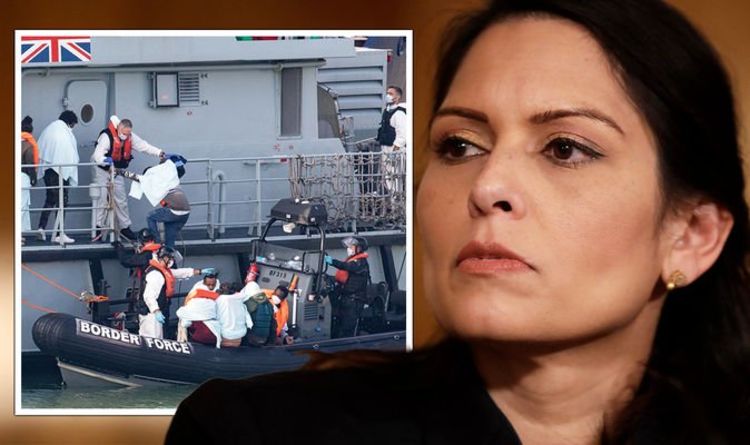 2,669 are reported to have made the journey in small boats last month and more would likely have crossed had weather conditions been better. But the figure still greatly overshadows the 475 crossings reported in October 2020.

This increase has been matched by more and more promises from within the Home Office to get a grip on Channel crossings.

But despite the Conservative Party having pledged to control immigration for more than a decade uninterrupted, and Priti Patel having served as Home Secretary, offering new measures to tackle the problem, since 2019, the numbers continue to go up.

Last month’s number equates to an average of more than 85 migrants every day.

Ms Patel passed the Nationalities and Borders Bill through the House of Commons earlier this year.

Set to come into force in the New Year, the Bill will increase the written prison sentence for those crossing the Channel to four years and will allow courts to impose a maximum life sentence on smugglers.

Alp Mehmet, the Chairman of Migration Watch UK, told GB News last month that large numbers of migrants will continue to cross the Channel simply “because they can”.

Mr Mehmet predicts that unless something does change about how the issue is handled, “we could be looking at 30-40,000 [crossings] next year”.

So far this year, French authorities have intercepted 15,000 crossings, according to the Home Office – an interception rate of 43 percent.

Ms Patel is hoping to grant Border Force officers immunity from prosecution if migrants on small boats die after being ordered to “turn back”.

“These dangerous, illegal and unnecessary crossings are facilitated by violent criminal gangs profiting from misery, and more people will die as long as they continue,” he added.

“We are working with the French to stop boats leaving their beaches and crack down on the criminals driving these crossings.”

He backed the Government’s new plans, if enforced to “fix the system”.