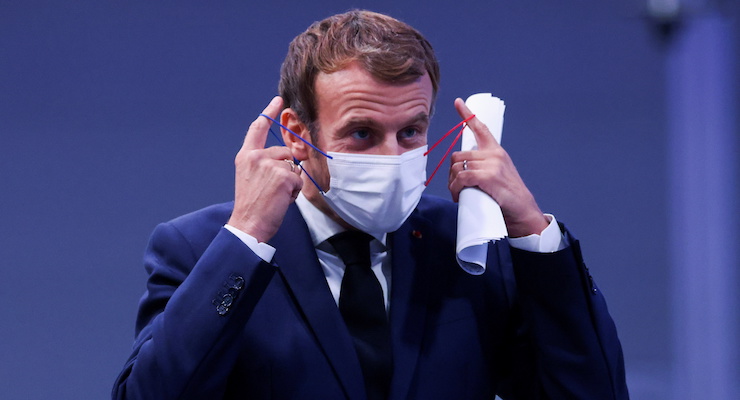 With all the focus on personal slights and petty recriminations, who even remembers what is actually happening in Glasgow this week? This and more from the Crikey bunker.

Scott Morrison’s lies and falsehoods part 400 It’s an inevitable offshoot of Morrison’s modus operandi — the creation of a new lie while attempting to deflect from another. You’ll have seen plastered across the front pages of every major paper this morning that the prime minister, in his typical suburban-inflected tough talk, says he won’t “cop sledging” of the Australian people, after French President Emmanuel Macron called him a liar:

As grateful as we all are for the sturdiness of Morrison’s shoulders, unless he really didn’t read what Macron said, or perhaps he’s going all “l’état, c’est moi” about things, this is a blatant falsehood. When he was bailed up by Australian media, Macron went out of his way to praise the people of Australia: