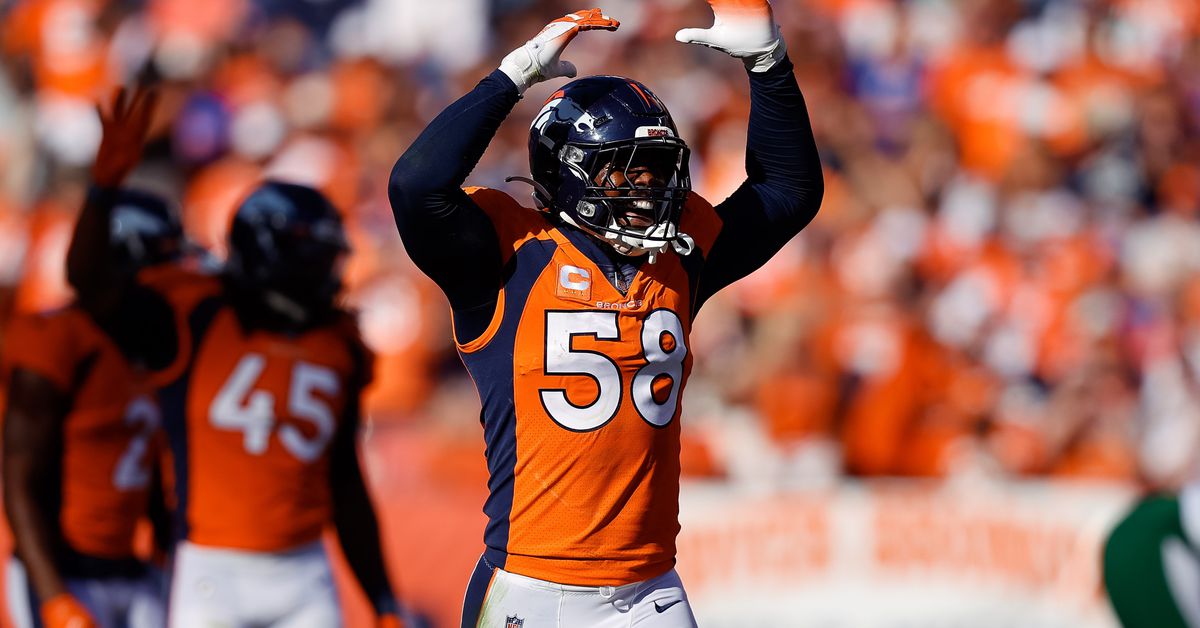 The NFL trade deadline started with a bang Monday morning with the news the Broncos were trading eight-time Pro Bowl linebacker to the Los Angeles Rams. The news was first announced by Adam Schefter, who said the deal was being “finalized,” and that Miller was saying goodbye to people inside the Broncos organization. To make matters even more wild, the Broncos are paying $9 million of the remaining $9.7 million on Miller’s deal, ostensibly making the trade free from Los Angeles’ perspective.

Adding Miller to an already fearsome Rams’ defense is an embarrassment of riches. Clearly Los Angeles now believes it can be a Super Bowl contender this season, and has extra motivation with the game being played in their home stadium.

The Rams are already second in the NFL in sacks with 53 on the season, and there’s not really a functional reason Los Angeles needs Miller, outside of the fact he’s a veteran presence, he’s damn good, and it’s always best to have as many pass rushers as possible. It also helps when the Broncos are more or less giving him away for free.

The Rams will part ways with two second day picks in the 2022 NFL Draft to add Miller to the fold, and if you thought Los Angeles was already scary on defense, brace yourselves. This is the kind of move that may not seem monumental now, but could absolutely move the needle in the playoffs and potentially push the Rams into the Super Bowl.