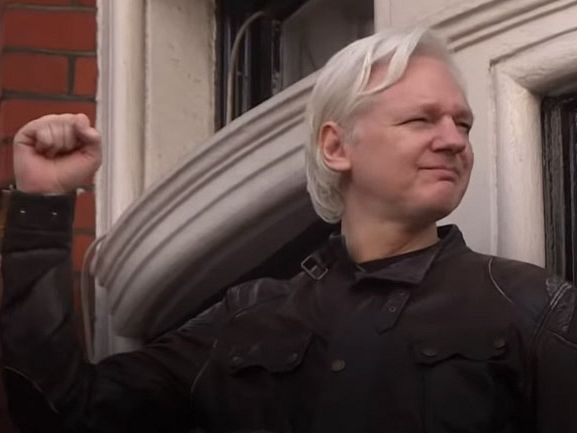 On day two of Julian Assange’s extradition appeal hearing, the defence covered the plot by the CIA to silence the WikiLeaks publisher, writes Dr Binoy Kampmark.

THE SECOND DAY of appellate proceedings by the United States against Julian Assange saw the defence make their case against the overturning of District Court Judge Vanessa Baraitser’s January ruling. Any extradition to the U.S., she concluded, would be so oppressive to the publisher as to render it unjust under UK extradition law. Before the UK High Court, both Edward Fitzgerald QC and Mark Summers QC sought to preserve the status quo.

The morning session was focused on defending the action of the defence witness Michael Kopelman, whose initial psychiatric assessment of Assange’s wellbeing omitted reference to Stella Moris and the existence of their two children. The prosecution had contended that this impaired Kopelman’s partiality before the court, notwithstanding his correction to the account in the final court submission. The omission, Fitzgerald contended, was justified given fears of the surveillance operation in the Ecuadorian Embassy mounted by the Central Intelligence Agency and concerns about potential abduction and assassination. This point had been confirmed in the now-famous Yahoo! News report.

A day prior to the submission of the initial report, Kopelman had sought legal advice from the head of the solicitor’s firm acting for Assange, Gareth Peirce. But as Peirce was facing an avalanche of documents to be served at the time – surveillance, allegations of kidnapping and poisoning, among other things – she was unable to furnish him with timely advice. Baraitser duly found that Kopelman’s conduct, while misleading, was not that of a dishonest individual but “a very human response”. The Judge also knew about the identity of Moris prior to reading the initial report.

To bolster Kopelman before the attacks of the prosecution, the defence adduced the opinion of consultant forensic psychiatrist Keith Rix, a noted authority on the ethical duties of psychiatric experts. Kopelman had, in Rix’s view “acted ‘professionally’, responsibly’ and he ‘exercised appropriate and reasonable caution’” in omitting reference to Moris and the children in his initial report.

The defence also suggested that the U.S. Government could not have been surprised by the relationship between Moris and Assange and their children. Nigel Blackwood, one of the prosecution’s doctors of choice, was informed of the children’s existence in March 2020.

Fitzgerald, mindful of addressing Lord Chief Justice Ian Burnett, reminded him about the parallels between the Assange case and the hacktivist Lauri Love, whose extradition was overturned in 2018. Love’s extradition to the U.S. was initially approved by the Westminster Magistrate’s Court but was overturned in the High Court with Burnett presiding. Love had also been diagnosed with Asperger’s syndrome, a contributing factor to his suicide risk in a U.S. prison facility. The court there had accepted a “predictive function” so frowned upon by James Lewis QC, whose submission the previous day insisted that current medical valuations – and notably those of the prosecution – were the only ones that counted.

Burnett took issue with the characterisation. “It’s a completely different case,” he interjected, citing the fact that the District Judge in Love’s case had found that preventive measures were adequate and would prevent suicide. District Judge Baraitser had found the opposite with regards to Assange. Fitzgerald contended the mental disorders in question were the same in both cases and that these would have a role in depriving intelligent individuals of volition in being at risk of suicide.

The defence submission to the High Court also makes the point that District Judge Baraitser:

“…found that the cause of both the urge to commit suicide and the determined circumvention of suicide measures would be Mr Assange’s mental disorder itself”.

After lunch, Summers took aim at the prosecution’s package of “assurances” regarding Assange’s fate in the pre-trial and post-trial phase. These included an undertaking that Assange would not be subject to oppressive Special Administrative Measures (S.A.M.s), face solitary confinement or even end up in the ADX Florence supermax prison facility if convicted. They also include a promise that Assange would receive appropriate “clinical and psychological treatment as is recommended” by the relevant prison clinician. If convicted, the U.S. Government would permit him to apply for a prisoner transfer to serve his sentence in Australia subject, of course, to Australian approval.

In the view of the defence, the entire package was unreliable. Even assuming they would be acted upon, they would be inadequate. They were also oddly timed and untestable, being given only after Baraitser’s ruling. They only addressed two of the seven grounds for finding that Assange faced a substantial risk of suicide and even then, inadequately addressed those limited issues. And how could you trust such pledges from a power whose officials had considered abducting and killing Assange?

The previous day, Lewis had argued that the onus was on the judge to seek those assurances on how Assange would be treated in the first place. This rather odd interpretation was given a deserved shredding by Summers. Through the extradition hearing, the discussion about S.A.M.s, ADX Florence and solitary confinement was frequent. The prosecution might well have taken these conditions off the table but as Baraitser herself observed, “Mr Kromberg acknowledged that their imposition is possible”.

Furthermore, these new “conditional assurances do not in fact remove the real risk of detention on S.A.M.s or on ADX. They certainly do not remove the very real risk of detention or administrative segregation”. The U.S. authorities still reserved, according to the filed submission, “the power to impose S.A.M.s on Mr Assange ‘in the event that, after entry of this assurance, he was to commit any future act that met the test for the imposition of a S.A.M.’”. Even leaving the matter of S.A.M.s and ADX Florence, Assange would still risk facing “other severely isolating prison regimes or other notorious prisons in the US about which the [District Judge] heard copious evidence”.

Lewis, for the prosecution, suggested that such regimes as Administrative Segregation (AdSeg) could not be equated to solitary confinement. But the U.S. prison system is replete with terminology designed to conceal what amounts to the same thing.

‘Prisons often hide behind these rhetorical labels [the hole, AdSeg, protective custody, SMU, SHU] to avoid scrutiny under legal sanctions that prohibit indefinite placement in solitary confinement and require due process for those who are sentenced.’

“One agency with power to recommend S.A.M.s to the attorney general (on the basis of some unspecified ‘act’ they perceive Mr Assange to have committed) is the CIA — the very same agency whose criminal acts Mr Assange has sought to expose and who are under active investigation in Spain for plotting to kill him.”

Continuing the focus on the role of the CIA, Summers reminded the judges that this was the “first time the U.S. had sought the assistance of a UK court in obtaining jurisdiction” over an individual a U.S. Government entity had considered poisoning or assassinating. “That is worthy of an investigation in relation to the assurances.” The CIA had shown an “obsession for vengeance” and there was “credible evidence of U.S. Government plans at some length to do serious harm to Mr Assange”.

Drawing from the Yahoo! News report, Summers noted “discussions in the Oval Office about killing [Assange]” and “sketches drawn in the summer of 2017 as matters escalated to render him back to America from the UK. But the UK refused to go along with this.” The then CIA director Mike Pompeo was “on the record that some things are true and it’s under Congressional investigation”.

The assurance that Assange could be transferred to an Australian prison also deserved some measure of scorn, his lawyers saying:

“Mr Assange will most likely be dead before [this assurance] can have any purchase, if it ever could.”

Precedent also showed that the U.S. could not be trusted to keep the undertaking.

The case of Spanish drug trafficker David Mendoza Herrarte was cited by Summers. In that instance, a Spanish court was given an assurance that Mendoza, if extradited to the U.S. to face trial, could serve any prison sentence in Spain. The U.S. Department of Justice had something else in mind, initially refusing the transfer application when it was made.

The pledge, it was subsequently claimed, had been to secure Mendoza the liberty to apply for a transfer; the DOJ retained the right to reject it. It took six years of diplomatic tussling between Madrid and Washington, with the encouragement of the Spanish Supreme Court, to eventually secure the prisoner release.

In his rebuttal, Lewis, who omitted any reference to the role of the CIA, having previously dismissed such claims as “palpable nonsense”, made light of the tardiness of the U.S. offer of assurances:

“It is proper to deal with assurances at any stage. This is not a sea change. Assurances are not evidence. The fact is it is common sense that an assurance will be reactive in nature.”

Conditions might change. Even if a person was released, Lewis proposed, citing precedent, the extradition process might well be restarted on the basis of assurances given by the requesting state. “We could start again with Assange.” A promise of perennial legal purgatory.

This second and concluding day was illuminating in casting light on the barbarously defective nature of the entire effort against Assange. The fact that it had reached the appeal stage is itself a grotesque reflection on British justice. The fact that these proceedings could even assume that Assange might either get a fair trial or be treated fairly in a U.S. prison after officials had chewed over the possibility of abducting or killing him can only be described as disturbed lunacy.

The U.S. Government, Fitzgerald remarked at one point, was happy to submit such declarations as those of Assistant U.S. Attorney Gordon Kromberg, but not:

“…subject themselves to cross-examination. They cross-examine till the cows come home the defence experts.”

The High Court justices will now consider whether to continue this lamentable, sadistic enterprise. The defence team are considering cross-appealing parts of the original decision on the grounds that it constitutes a grave threat to press liberties. Whatever the outcome, an appeal to the Supreme Court is likely. In the meantime, the torture of Assange by process will continue.