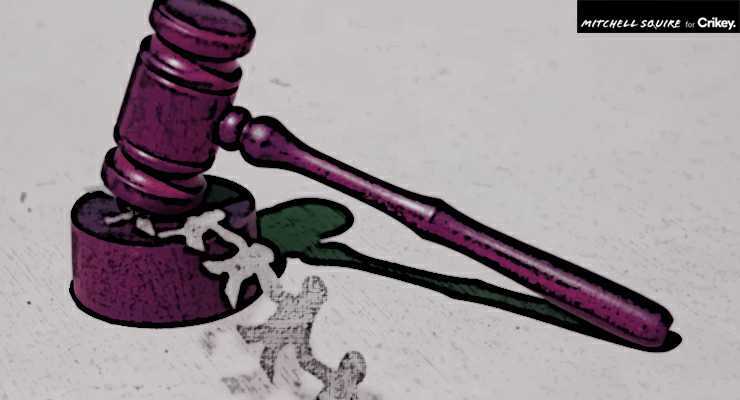 Not all class actions are born equal, so it’s a shame the seemingly endless debate about whether they should be reined in or set free pretends that they are.

It seems to suit everyone to maintain the lie, at least the corporate lobby which wants class actions killed off altogether — and the class actions industry for which they are the sole source of life.

Recently, as the completely unsurprising revelations were breaking that Star casino is every bit as good a corporate citizen as Crown — shock horror — lawyers started planting the seeds of the inevitable shareholder class action.

The plaintiffs will be Star shareholders, the defendants Star’s directors, and the cause of action will be that the shareholders believe they were lied to. Basically they bought or kept their shares on the misplaced assumption that Star was not breaking the law wholesale. The truth having come out, the share price has tanked and they’ve lost money. That loss should be made up by the directors who, they allege, misled them.

In terms of pure law, yep that’s a viable argument. But law, as we must be frequently reminded, exists only to serve a social good.

In those terms: so you bought shares in a casino company on a stock exchange which operates just like a casino, and you know that shares don’t have an intrinsic value but are worth only what someone is prepared to pay for them at a given point in time, and unless you’ve been living under a rock, you’d know that casinos almost inevitably launder the proceeds of organised crime and have inbuilt incentives for corruption which are so powerful that you’d have to be an idiot to believe that they won’t break the law.

But anyway, you lost your gamble on the gambling company at the gambling exchange, and you want someone else to make good your losses.

That is not a social good. Nor is the filing of a class action against a car manufacturer over faulty airbags which were all replaced at no cost and caused none of the plaintiffs to be killed or injured. That happened too.

A social good can be found in a class action brought by a community whose members have been poisoned by industrial pollution, or children whose lifespans are being shortened by the negligence of their government. These are examples of situations where class actions serve a purpose beyond delivering profits to class action lawyers and funders.

The federal government, because the corporate lobby exerts a more powerful influence over it than the class actions industry, is legislating to cut the latter off at the knees. It has already changed the law so that class action funding agreements are managed investment schemes under the Corporations Act, forcing funders to have a financial services licence.

Now the government is proposing to bring in strict governance over funding agreements — the contracts between funders and class members — including a default rule that the funders and lawyers can’t take more than 30% in total of the moneys collected by either settlement or court verdict. That is way less than they usually take and consider financially viable.

Consequently, the industry is screaming blue murder. Shine Lawyers, one of the most prominent class action firms, went out to its database asking everyone to write to their MP to stop this law “that will detrimentally impact access to justice for everyday Australians”.

“If passed,” Shine warns, “the new laws will drastically limit funding options for class actions, meaning many current class actions will be unviable.”

To which my answer is: good. But at the same time bad. It would be a poor social outcome if a class action on behalf of everyone who received a medical device which was faulty due to the negligence or deception of the manufacturer became unviable because funders can’t make the economics work.

However, if the curse of shareholder class actions — filed or at least threatened every time a listed company’s price takes a tumble — becomes a thing of the past, then hooray.

As I said, it’s unfortunate that neither side of this argument is pushing anything other than their own mercenary preferences. A more objective, disinterested debate might produce some good policy.