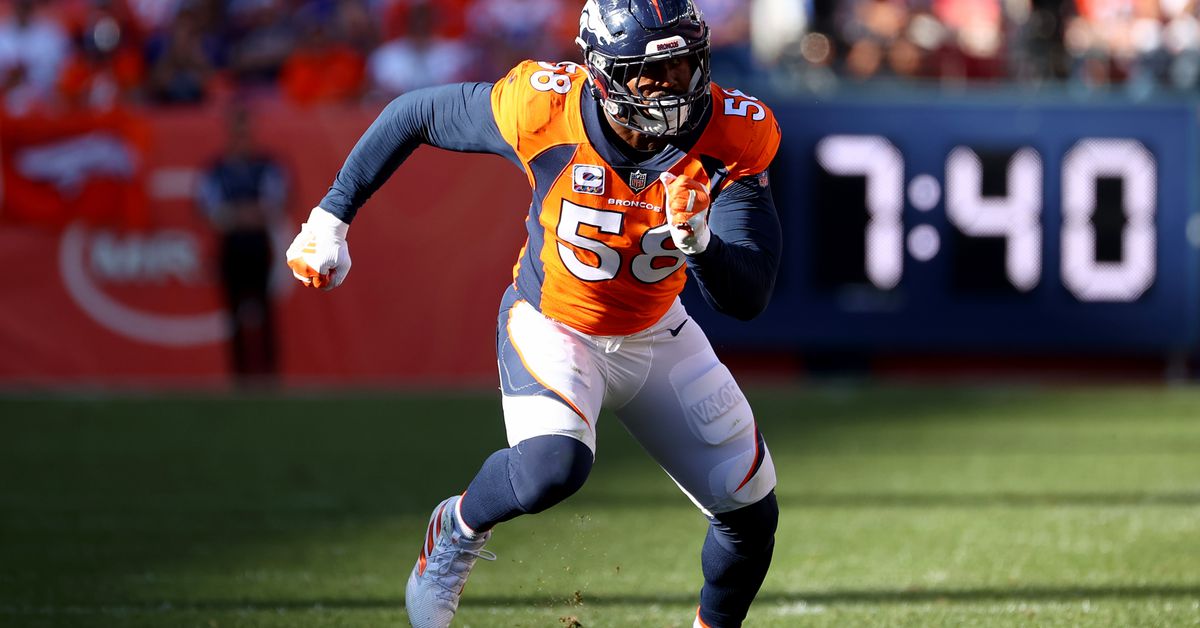 The NFL trade deadline is a typically boring affair that’s always talked about with huge possibility, but rarely results in anything concrete. By the midway point most teams are happy with their rosters, or accepting their fate — making the potential of big-name trades highly unlikely.

That said, 2021 could be different. We’re seeing unprecedented parity around the league with both conferences and numerous divisions still up in the air. Basically anyone could make a run in the sprint to the finish, and that, coupled with some backbreaking injuries could really result in seeing some major deals happen as teams look to add their final pieces.

This is simply a move where Los Angeles added incredible value for almost nothing. It’s not like the team needed another pass rusher, but when you can get someone of Miller’s talent for a couple of draft picks, it’s a no brainer.

It’s even more simple to see why the Rams made this move considering the Broncos are stunningly paying $9 million out of the remaining $9.7 million on Miller’s deal.

The Rams were already a contender before this trade, and now it’s a sign they’re making a major push for the Super Bowl.

Steelers trade Melvin Ingram to Chiefs for a 6th round pick

There’s no doubt Kansas City needs help on the defensive side, though it’s doubtful Ingram is the difference maker they really need.

The 32-year-old linebacker wasn’t meshing with the Steelers after being signed as a free agent following a successful nine years with the Chargers. Perhaps he can return to form with the Chiefs, but that would require really turning back the clock. It’s a low investment trade that helps stabilize a very rocky defensive ship in Kansas City.

What else do we expect could happen?