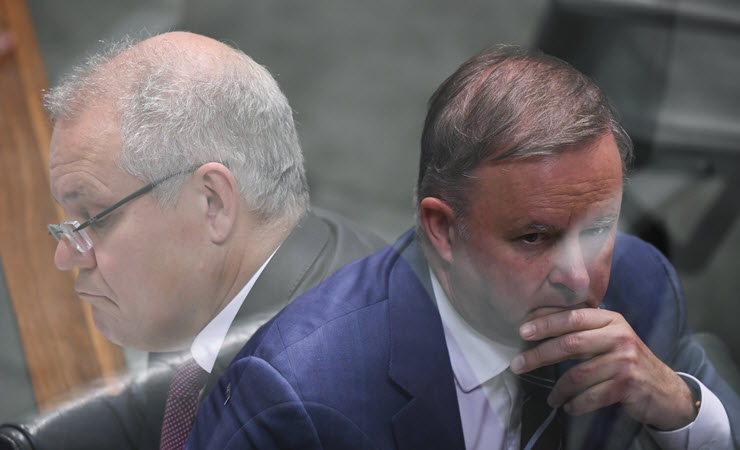 The opposition leader is keeping his head below the parapet. It’s not exactly inspiring but with Labor ahead in the polls it could be wise.

It was a move designed to ram home the internal inconsistency on climate which has racked the Coalition over the past fortnight. Albanese pointed out that the renewable energy zone, backed by the NSW Liberal government, was opposed by Joyce.

It was a move typical of how Labor has worked under Albanese: clever stunts highlighting the Morrison government’s policy ineptitude but offering little substance in return. Labor was full of zingers last week as the prime minister unveiled his lacklustre net zero pledge: “a scam not a plan” was its line. But while its energy spokesman Chris Bowen has hinted it will adopt a more ambitious 2030 target (it went to the last election with 45%), it won’t commit to anything until after Glasgow.

Whatever happened to Labor’s go-to line that Morrison only had two jobs and he’d failed at both. Read on.