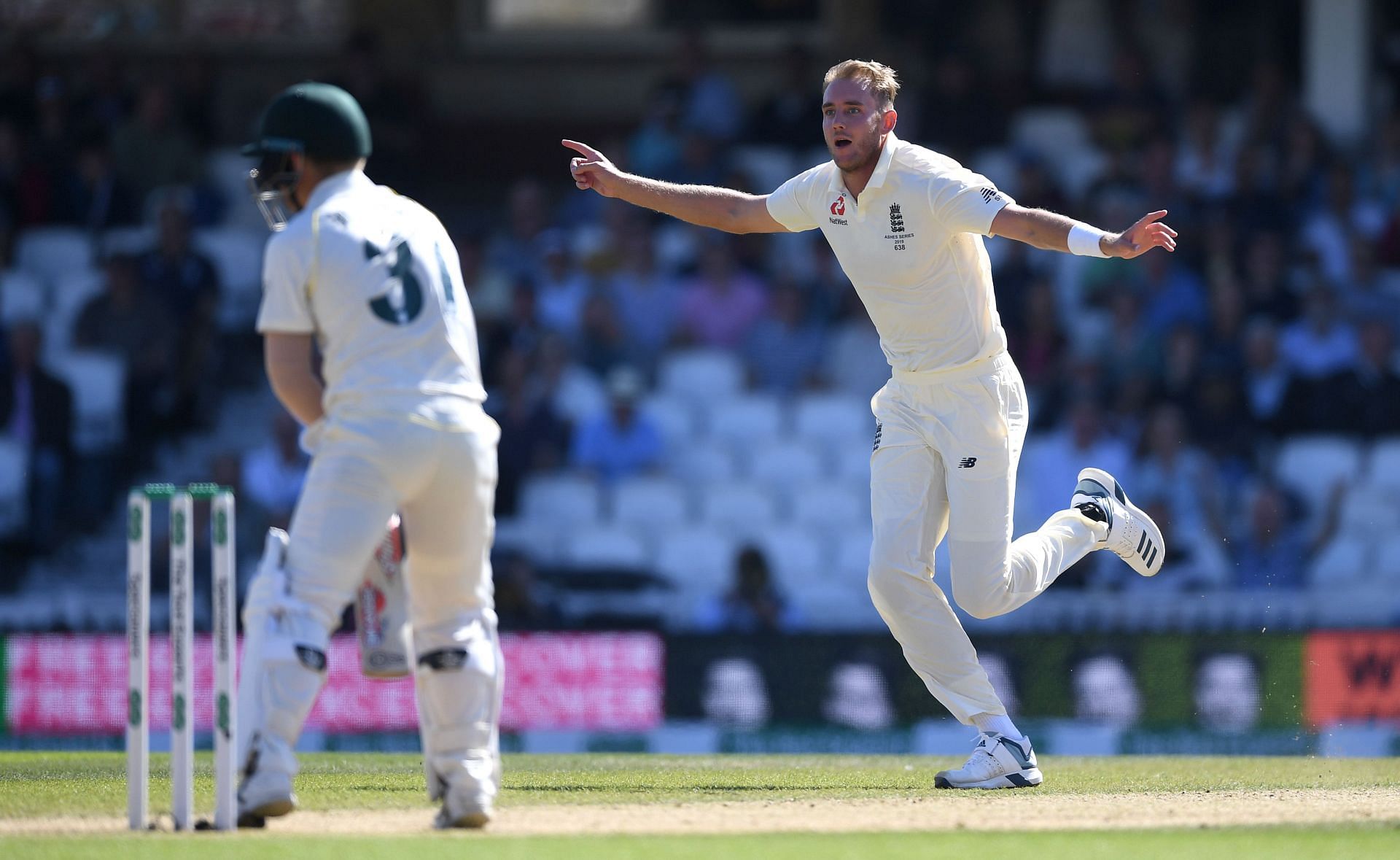 England veteran Stuart Broad is looking forward to rekindling his challenge with Australia’s David Warner Down Under later this year. However, Stuart Broad, who forged a stronghold over Warner in the 2019 Ashes series, understands the challenges against him in Australia.

Broad and Jofra Archer pinned down Warner remarkably well in England two years ago as they combined to dismiss him ten times. The former removed the southpaw on a staggering seven occasions and averaged 13.69 against Australia’s lefties in 2019 by bowling round the wicket.

📆 ANNOUNCEMENT FROM CRICKET AUSTRALIAThe dates for the 2021/22 Men’s Ashes series and venues 👇 https://t.co/GAca7zEG0Y

However, Stuart Broad believes England have to come up with a fresh plan for David Warner this winter. The right-arm pacer believes the Kookaburra ball in Australia doesn’t offer as much assistance. Broad told Fox Cricket:

“I’m very aware the challenge of bowling to David Warner with the Kookaburra in Australia is very different to bowling in England with the Dukes. What pleased me in 2019 – I did a lot of research before the series, he was someone I always felt I never got it right to and he was someone who we as a team were very wary of, because he can take the game away from you.”

Broad’s record in his last two Australian tours against left-handers is not as impressive, averaging a mediocre 33.86 and 34.78 against right-handers. Despite that, he is likely to share the new-ball duties with the legendary James Anderson.

Stuart Broad revealed that England came up with a clear plan for the 2019 Ashes series, with the pitches working in their favor too. However, the 35-year old knows what Warner is capable of in home conditions.

“We came up with this plan of bowling a bit fuller, bowl at the stumps and if you miss, miss leg-side because if you miss off-side, he hits you for four. The pitches had a little bit of nip in them and once we got two or three wickets in, it almost became a bit of a mental thing. But I’m very aware he’ll be very focused for this Ashes series in conditions where (it is) harder to bowl a fuller length.”