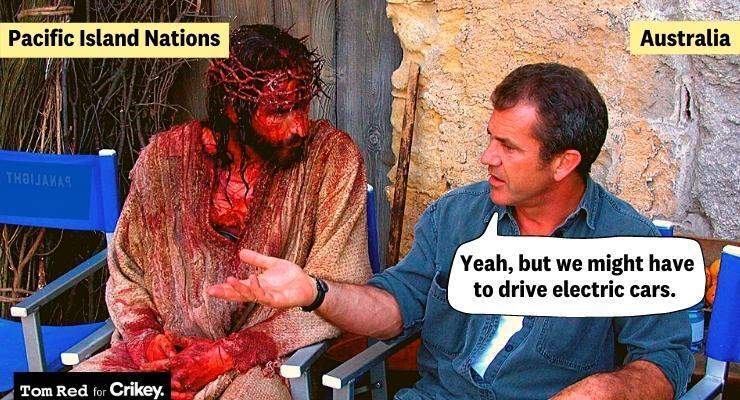 Scott Morrison’s promise of an extra $500 million for our Pacific neighbours is as shallow as the waters surrounding their islands.

Earlier this week, Prime Minister Scott Morrison made much of announcing an additional $500 million “to support developing countries in our region as they tackle the impacts of climate change”. In particular, this included “an increase for the Pacific from $500 million to at least $700 million”.

While the amount is trivial compared with the $18 billion the government is spending to subsidise coal exports via the inland rail project, and its backing for new coalmines and gas projects, nonetheless the government is proud that its new total of $2 billion “doubles our previous five-year commitment of $1 billion between 2015 and 2020”.

Australia’s climate funding is about adaptation, not mitigation. We’re not interested in actually stopping climate change but we’ll engage in the pretence that we want to help Pacific island communities “adapt” to it, when in cases like Kiribati and Tuvalu, the only long-term adaptation is permanent departure.

Where is the extra $500 million proudly announced by Morrison likely to go? Read on.