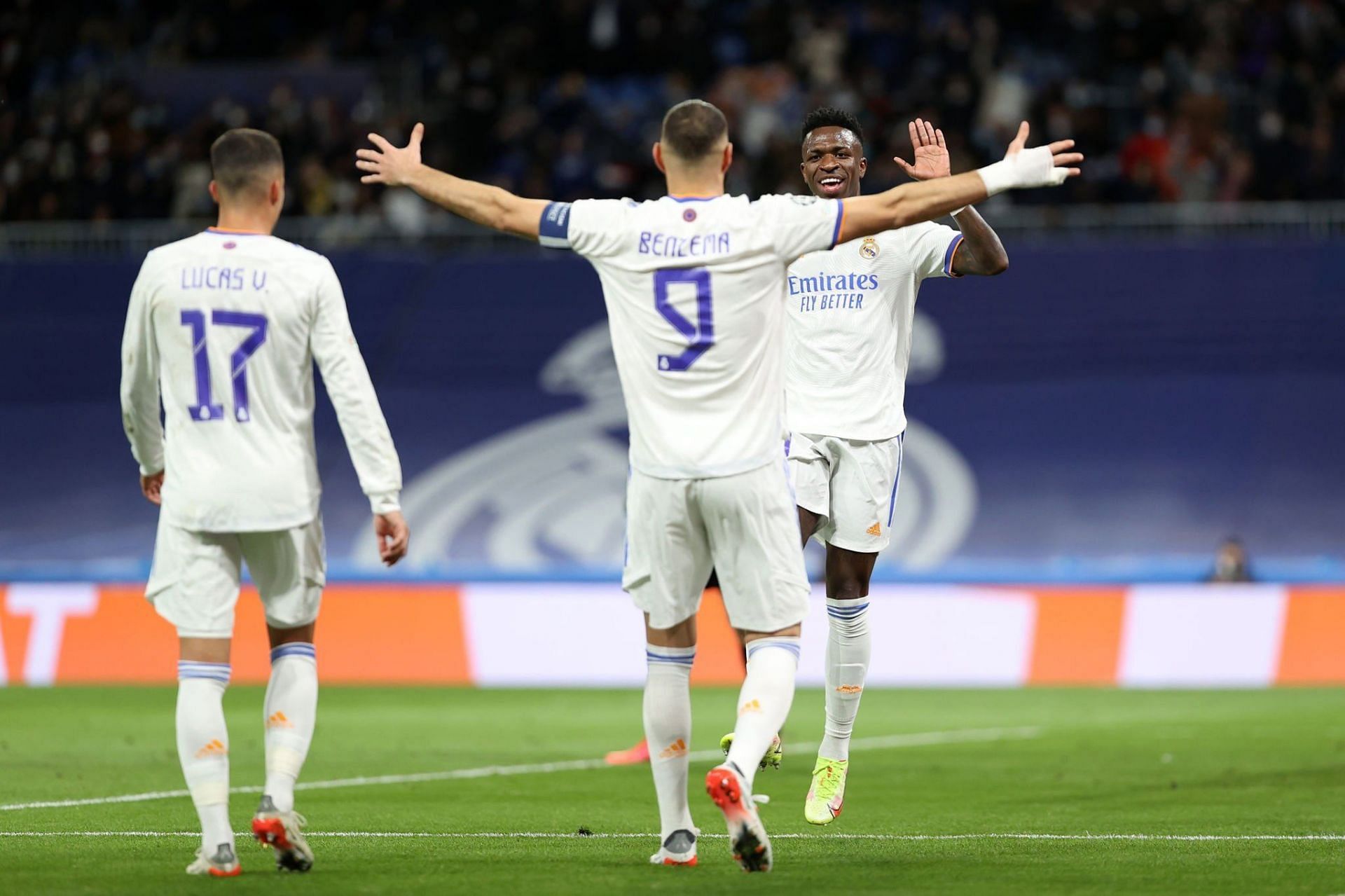 Real Madrid were very decisive in hiring Carlo Ancelotti as coach before the start of the season. While some doubted whether the Italian manager still had what it took, the answer has been a definitive yes since he returned to the Spanish capital.

Los Blancos currently sit in second place in La Liga. They also have one foot in the last 16 of the UEFA Champions League following a hard-fought 2-1 win over Shakhtar Donetsk on Tuesday.

Aside from their disappointing 2-1 defeat to Sheriff Tiraspol earlier in the competition, Real Madrid have been playing some delightful football.

They are unbeaten in their last five matches in all competitions and only seem to be getting better and better with each passing week.

Ancelotti’s side weren’t at their best against Shakhtar. They had to be awoken by a chorus of boos from the home fans inside the Santiago Bernabeu at half-time.

However, they stepped up and got the job done. A brace from Karim Benzema was enough to nullify Fernando’s first-half equalizer and send Real Madrid two points clear at the top of Group D.

Benzema’s first goal of the night was also historic, as it marked the club’s 1,000th goal in the European Cup/Champions League. It wasn’t a perfect night but, at least, there were lots of positives.

As it stands, Real Madrid are still in contention for La Liga and the Champions League. Although the season is a long way until its end, Los Blancos are certainly on the right path.

Benzema and Vinicius Jr are building something special

Another positive from Real Madrid’s camp is the burgeoning telepathy between Benzema and Vinicius Jr. The latter, in particular, has been in imperious form this season and is finally enjoying his football.

On Wednesday, he set up both of Benzema’s goals but his second assist typified how mature he now is. Vinicius played a quick one-two with Casemiro before swerving his marker to set up Benzema to prod the ball home.

There was a time when he was frustrating to watch and his indecision used to cost the team. Those days are long gone and the 21-year-old is currently forming a special partnership with his French teammate.

“To play at the Bernabeu is a tremendous joy. The Bernabeu always has a great affection for me and it’s a joy for me to be doing good things,” Vinicius said after the game, as quoted by Football Espana.

“I’m very happy to be giving another assist for Karim. I want to always be my best version, Karim also, and I want to continue helping him to be able to win the Ballon d’Or.”

The understanding between Benzema and Vinicius has helped Real Madrid unlock several opposition defenses this season. At this rate, they could easily become the most deadly duo in Spain.