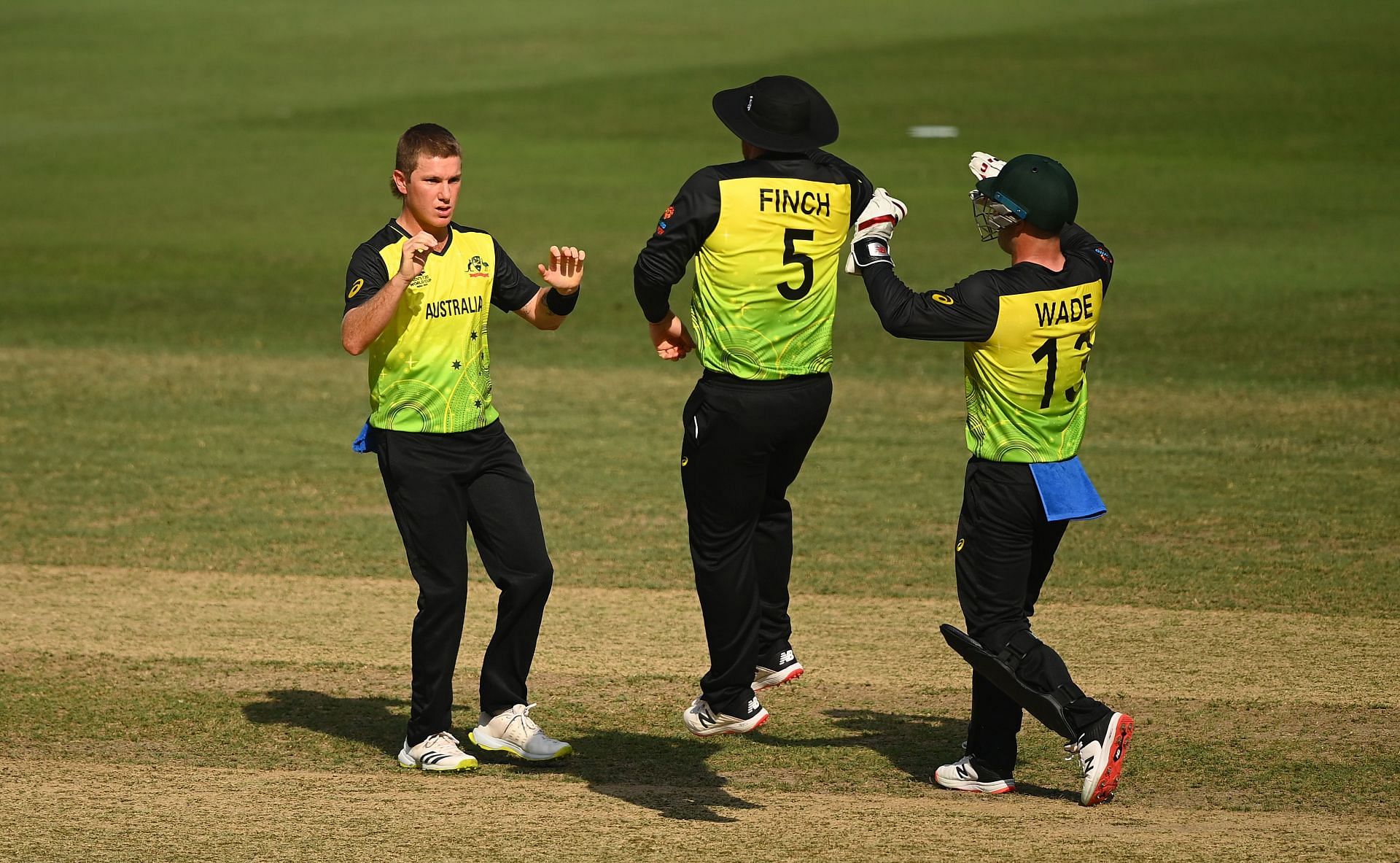 Leg-spinner Adam Zampa claimed 5 for 19 as Australia hammered Bangladesh by eight wickets in Match 34 of the T20 World Cup 2021 in Dubai on Thursday. Sent into bat after losing the toss, Bangladesh were rolled over for 73 in 15 overs.

Only three Bangladesh batters reached double figures as Mitchell Starc (2 for 21) and Josh Hazlewood (2 for 8) also enjoyed themselves. Bangladesh registered their second consecutive total of under 100, having been cleaned up for 84 by South Africa in their previous encounter.

In response, Australia roared to victory in 6.2 overs with Aaron Finch belting a 20-ball 40. Significantly, the Aussies moved to No. 2 in the Group 1 points table courtesy their dominating performance on Thursday.

Bangladesh were off to a horror start as Liton Das was cleaned up for a golden duck by Mitchell Starc in the first over with a full, swinging delivery. Soumya Sarkar (5) chopped one from Josh Hazlewood on to his stumps, looking to run the ball down towards third man. The procession continued as Mushfiqur Rahim (1) was trapped lbw by Glenn Maxwell while attempting to flick the Aussie off-spinner.

There was a brief period of hope for Bangladesh when Mohammad Naim hit two fours off Pat Cummins, while skipper Mahmudullah struck Starc for consecutive fours. However, Bangladesh were four down in the last over of the powerplay as Naim (17) miscued Hazlewood and was caught at square leg.

Zampa had the first of his five scalps in his first over as Afif Hossain (0) nicked a googly to slip. The leggie picked up two more with the last two balls of the 11th over. Shamim Hossain (19) top-edged a square cut to the keeper, while Mahedi Hasan (0) was trapped lbw with one that skidded through.

Mahmudullah’s vigil ended on 16 when he was caught down the leg-side off Starc’s bowling.

After a small breather, Zampa was brought back in the 15th over. He was on a hat-trick and could have achieved the same had Matthew Wade not spilled a chance offered by Taskin Ahmed.

Zampa put the disappointment behind him and cleaned up Bangladesh, dismissing Mustafizur Rahman (4) and Shoriful Islam (0) in the same over.

Knowing the net run rate could play a key role in the qualification criteria for the semi-final, Australia skipper Finch came out all guns blazing in the chase of 74. He slammed two fours and four sixes in his 20-ball 40.

The first of his four maximums came in the second over when he hoicked Mustafizur over deep midwicket for a massive six. The left-arm pacer could have had his revenge next ball but could not hold on to a tough caught-and-bowled chance. Finch got another life as the fielder at deep square-leg misjudged a catch off Taskin Ahmed’s bowling.

The fourth over bowled by Mustafizur went for 21 runs as David Warner also joined the fun. While Finch slapped a six over deep square, his opening partner helped himself to three boundaries.

In the next over, Finch cleared the ropes twice against Taskin. After driving a full delivery inside-out over extra cover, he clubbed the next ball down the ground. Bangladesh heaved a sigh of relief as Finch was cleaned up in the same over, attempting another big hit.

Warner was bowled for 18 trying to take on Shoriful Islam. A four and a six off Mitchell Marsh’s bat took the Aussies to a thumping victory in 6.2 overs. They won by eight wickets with 82 balls in hand – that was the level of domination Australia had in the utterly one-sided contest.

Australia vs Bangladesh: Who won Player of the Match in today’s T20 World Cup 2021 match?

Zampa proved unplayable on the day, running through the Bangladesh middle and lower order. With 5 for 19, he registered the best bowling figures for Australia in T20 World Cups.

Before Zampa, Starc (2 for 21) and Hazlewood (2 for 8) chipped in with key wickets at the start. When Australia batted, Finch smacked 40 in super-quick time.

Zampa was the easy choice for the Player of the Match award as he dismantled the Bangladesh batting.