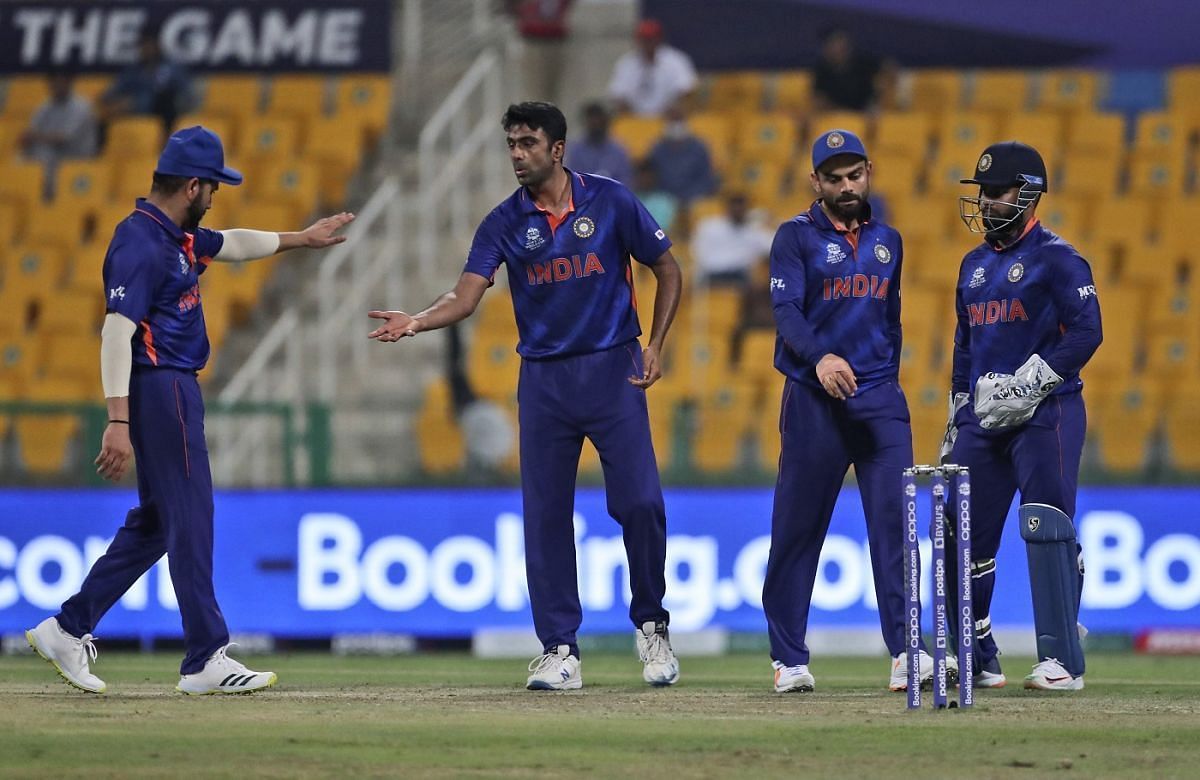 Virat Kohli showered praise on veteran off-spinner Ravichandran Ashwin, who made a grand return to white-ball cricket after almost four years on Wednesday.

Ashwin had to warm the benches in the first two games as India favoured ‘mystery spinner’ Varun Chakravarthy, who looked pretty ordinary. Back in the side, Ravichandran Ashwin immediately made his presence felt with two crucial wickets.

Speaking at the post-match presentation ceremony, Virat Kohli highlighted Ashwin’s return as one of the positives for Team India. He said:

“The return of Ash [Ravichandran Ashwin] was a real positive, it was something he has worked really hard for. He showed this control and rhythm in the IPL as well, where he bowled to the big boys. He’s a wicket-taker and a smart bowler as well.”

Ravichandran Ashwin returned with figures of 2/14 alongside Mohammad Shami’s 3/32 as India contained Afghanistan to 144 runs, securing a 66-run victory, their first in the ICC T20 World Cup 2021.

The Men in Blue played an attacking brand of cricket from the word go with openers Rohit Sharma and KL Rahul going all out against the Afghanistan bowlers. The openers added 140 runs for the first wicket in just 14.4 overs before Hardik Pandya and Rishabh Pant launched a carnage, taking the total to 210 runs.

Virat Kohli stated that the idea before the game was to back the players when they get off to a flying start. He continued:

“T20 cricket is a very instinctive decision. We make most of the decisions on the go. Like today, our openers batted till the 13th over and then the power-hitters did it from there. We don’t decide we’re going all out. We back the guys because they’re so skillful, and sometimes it comes off like today.”

With their hopes of making it to the sem-finals hanging by a thread, Virat Kohli admitted there were discussions about net run rate ahead of the Afghanistan game. Virat Kohli concluded:

“NRR was at the back of our mind, to be honest. We spoke in the team meeting that we have to focus on the chance we have (to qualify) and stay positive and hunt that chance down.”

India are currently placed fourth in the table, with two points from three games, and a net run rate of +0.073. They will look to better their run rate in their next game when they take on Scotland on Friday.