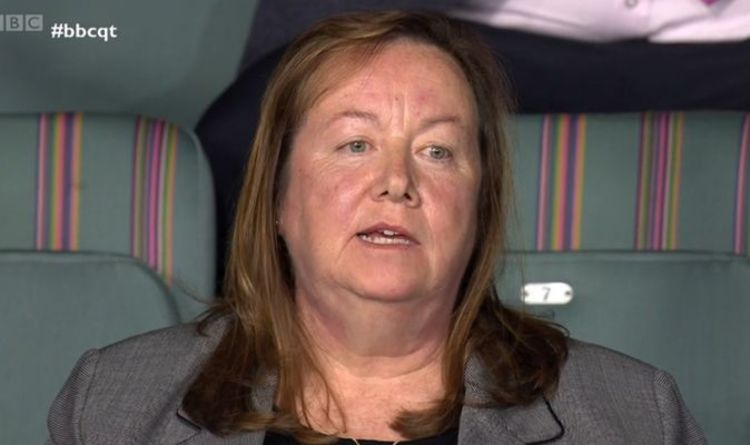 Owen Paterson, 65, was last week found to have committed an “egregious” breach of lobbying rules by the cross-party Standards Committee, while receiving over £100,000-a-year as a paid consultant for both Randox and Lynn’s Country Foods.

But during the programme’s discussion on Mr Paterson’s sleaze scandal, one Question Time audience member told the panel she does not think MPs should be able to take on second jobs.

She said: “I think the MPs should only be dealing with their constituency issues and not taking on multiple roles.

“By taking on multiple roles, it’s saying that the issues within their constituency is a part time role, so I therefore have time to take payment from other companies.”

She added: “When you’re elected into this particular role for your constituency, you act for them and them alone, and nobody else.”

The Telegraph’s Tim Stanley responded to her intervention by asking whether this would apply to MPs who wanted to join the fire service or become a GP.

Mr Stanley said: “Would you include things like being a firefighter or GP in that, because I think it can be a good thing that MPs do something other than being an MP. It gives them experience that they can bring to their job.”

The Green MP Caroline Lucas responded by pointing out she works enormous hours and suggested Mr Stanley’s claim was preposterous.

These comments come following Owen Paterson announcing he has stepped down as the MP for North Shropshire yesterday.

The letter also stressed that while Mr Paterson will “remain a public servant”, he will do so “outside the cruel world of politics”.