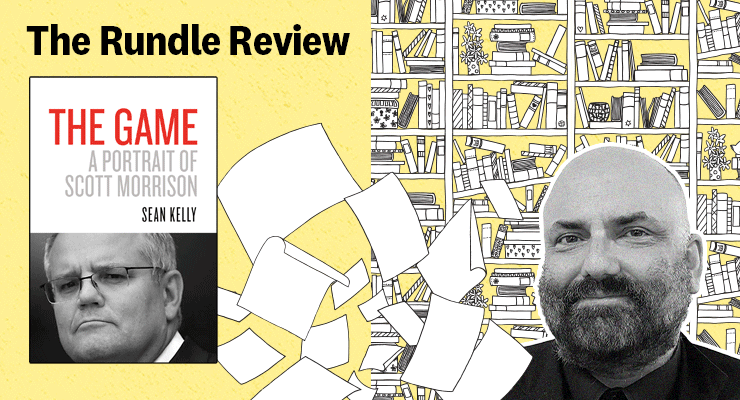 In The Game, Sean Kelly portrays Scott Morrison as nobody at all, a politician conjured into existence by the settings of new politics.

About a decade ago, there was a brilliant international ad campaign for the beer Dos Equis, involving a character dubbed “the most interesting man in the world”. The actor playing him was a gold-tanned, silver-bearded aged lion, featuring in disconnected clips which mimicked filmic styles of the ’50s and ’60s. This most interesting man was a sort of amalgam of Omar Sharif, Burt Lancaster, Papa Hemingway and a few others, the male fantasy figure of the postwar jetset.

Here he was carrying a newborn lamb over his shoulders across the snow to his waiting yacht; there he was in grainy process colour winning at jai alai; then in newsreel black and white sharing a cigar with Fidel Castro — all while a surreal voice-over played: “He once had an uncomfortable moment, just to see what it felt like… He is the most interesting man in the world!”

How is that the blundering Morrison can communicate so well? Read on.