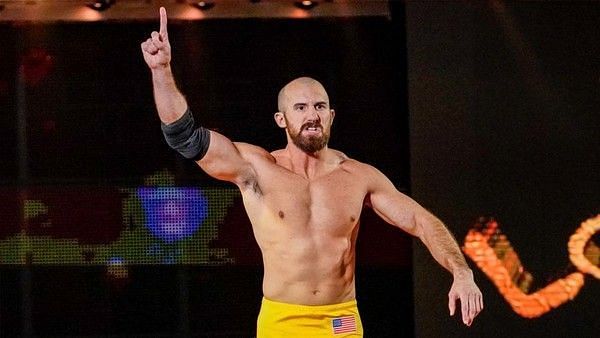 Oney Lorcan was released by WWE this evening, joining a growing list of now former WWE Superstars whose time with WWE has come to an end. Following his release, Lorcan took to his YouTube channel. He explained that he had been released, and that he is under a 90-Day non-compete clause.

“Today I have been officially been released from my WWE contract. I had a great 6 years with WWE, I am gonna look back on that time very fondly. I met some great people, had some great experiences, it was definitely a cool chapter in life. Going forward though, I am very excited for the future. I have a 90 day non-compete clause in my WWE contract. So that brings me to about the first week in February where I’ll be able to work anywhere in the world. So I am very excited for the future. I want to say thank you to all of the WWE fans for sticking with me, and going forward I hope you continue to follow me and stick with me…Biff rules!”

The video itself was relatively short, but to the point. Lorcan ended the video by saying “Biff Rules” referencing his old ring-name in CZW, PWG, and various other promotions. As Lorcan mentioned himself, his 90 Day Non-Compete clause means that he will be unable to work for any promotion in wrestling until the beginning of 2022.

Oney Lorcan had been signed to WWE since 2015, spending most of his time in the tag team division of NXT. Lorcan is a one-time NXT Tag Team Champion with Danny Burch.

Oney Lorcan is one of many WWE Superstars released tonight

WWE has released a number of high profile WWE and NXT superstars, including Nia Jax, Keith Lee, Karrion Kross, and many others. Reports began earlier today, suggesting a mass exodus including both corporate and talent staff was on the horizon.

Since then, nearly 20+ WWE personnel and superstars have been released from the company. The released superstars range from NXT talent, recently drafted talent, and officials.

Where do you think Oney Lorcan will end up in 2022? Which WWE release are you most surprised by? Let us know your thoughts in the comment section below!

Guess which WWE Superstar is scared of heights? The answer is here.